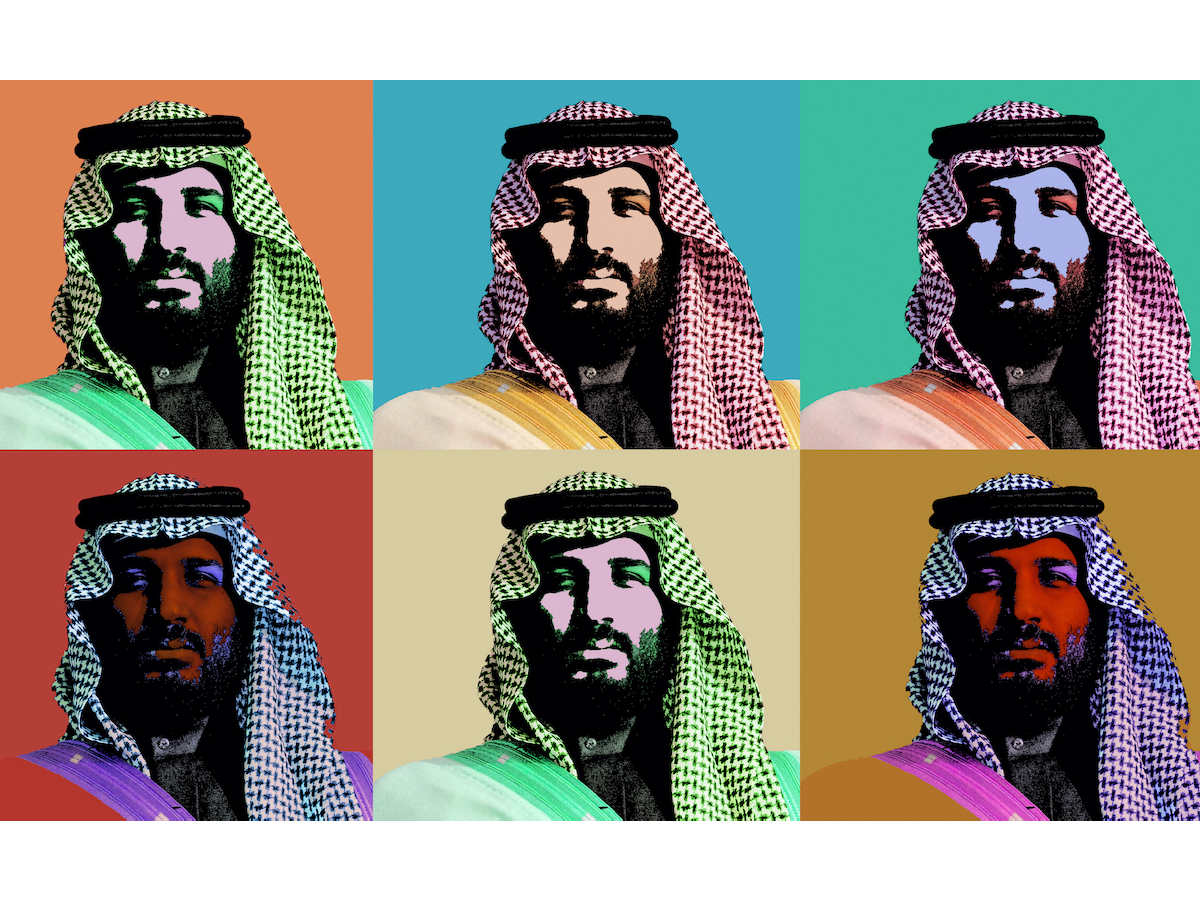 
Not long ago, I received an invitation for a press trip to Saudi Arabia to attend a preview of the exhibition Fame: Andy Warhol in AlUla, opening on February 17. Hosted by the government-funded AlUla Arts Festival, the show will include dozens of works on loan from Pittsburgh’s Andy Warhol Museum, a branch of the Carnegie Museum. The all-expenses-paid trip I was offered — Business Class flight, hotel accommodation, lavish dinners, and programming that includes a helicopter tour over the desert and a “tour with vintage cars” — seemed tempting. Since I have never visited Saudia Arabia, and am most curious about that country, the trip could have been a good way to inform myself. So why did I end up turning down this opportunity?

Museums renting out part of the collection to other venues — that’s a familiar practice. It’s a good way to build the audience for institutions on both sides of the loan. And, of course, it makes money for the loaner. A show of the Metropolitan Museum of Art’s Islamic carpets in Saudi Arabia would make more sense. And I can imagine a loan exhibition, say, of still-life French paintings. But the very idea of choosing Warhol, of all possible Western modernists, was to me a most unexpected choice. I presume that the selection of Warhols will require cautious, careful editing. (In 2019, I reviewed the museum’s exhibition of his Catholic works, which I doubt will make it to this exhibition.)

When then I reflected, the moral dilemmas posed by this exhibition were self-evident. On one hand, the presentation of a body of Warhol’s art to a Saudi audience is a way to potentially open up a dialogue. Who knows what some young visitors might learn from this exhibition? If we only engaged in cultural exchanges with societies whose political culture we approved, then how many such exchanges would be possible? And, more to the point, at this moment, who are we Americans to think of ourselves as moral models for the rest of the world? But on the other hand, Fame may well validate an authoritarian regime whose official policies and practices, especially those concerning sexual freedoms, are abhorrent. To show Warhol under the sponsorship of the Saudi fundamentalist regime is almost like organizing a club called “Jewish friends of the Third Reich.” After all, as you can readily learn online, what used to be called “homosexuality” is not just officially frowned upon in Saudia Arabia — it is potentially subject to capital punishment. But of course, Warhol himself, it is true, collaborated extensively with the authoritarian regime of the Shah of Iran.

The show at AlUla is organized by Patrick Moore, the Warhol director, who isn’t a curator. In an interview with the Pittsburgh-based LGBTQ+ publication QBurgh, Moore said he has always been an out gay man, and that when he visited Saudia Arabia, he was “pretty astonished” by what he found. “You know, I found a society that was evolving much more quickly than I had anticipated,” he shared. I hope that his optimism is justified. Moore adds that his show “is intended to be an introduction to the aspect of Warhol that I believe is most fascinating to many young people, including Saudi youth, as Andy Warhol’s journey, which started as a child staring at the movie screen and collecting publicity stills, is becoming more common through the rise of social media.” His vision of Warhol’s movies certainly differs from mine. Perhaps he is being ironic — or maybe he is putting us on. It’s hard to read his statement with a straight face. But since I have never visited Saudi Arabia, I really cannot tell.

In an interesting way, judging Fame is making a bet on the future of its host country. Perhaps this exhibition will have an effect on the beliefs of some people in Saudia Arabia. The question, also, is what the loan says about my country and its museums. I understand that our local museums, like institutions everywhere, may well be financially beleaguered. And so, to survive they need to rent out their collections to prosperous countries. Still, whatever the legal realities, major loans from American quasi-public institutions should not, in my judgment, be promised without some discussion. (That there is no daily print newspaper in Pittsburgh anymore is part of the problem here. You have to go online to learn about the show.) Not when the political dimensions of this show are so obvious.

The sale of American armaments to Middle-Eastern countries is, ideally, a subject for public national political judgment. Whether art from Pittsburgh’s public museums is rented should, I am urging, be (minimally) a subject for local discussion. At least in a case like this, where the moral problems are so evident. Our museums really need to be more transparent if we are to trust them. And they want our trust. Ultimately, of course, if our Pittsburgh museums feel the need for financial reasons to rent the collections, that’s because these institutions lack sufficient local funding. We need to ask what kinds of compromises we are prepared to tolerate. Again: Discussion is required. Until then, I can’t in good conscience go see this show or help it receive more press attention.