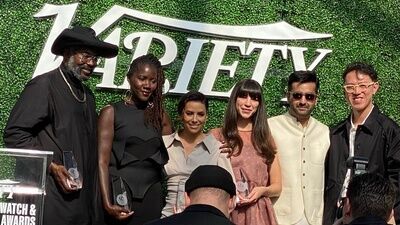 In addition, Impact Awards were given to Angela Bassett (the scene-stealer of Ryan Coogler’s “Black Panther: Wakanda Forever“), for Creative Impact in Acting. She was introduced by Academy Award-winning costumer Ruth Carter.

Brian Tyree Henry, who has received raves for his performance in “Causeway,” earned the Creative Impact in Breakthrough Performance prize. He was introduced by Danielle Deadwyler, who gave such a moving performance in “Till” as Mamie Mobley Till, mother of Emmett Till. She received an award last night at the Palm Springs festival.

All photos by Chaz Ebert.