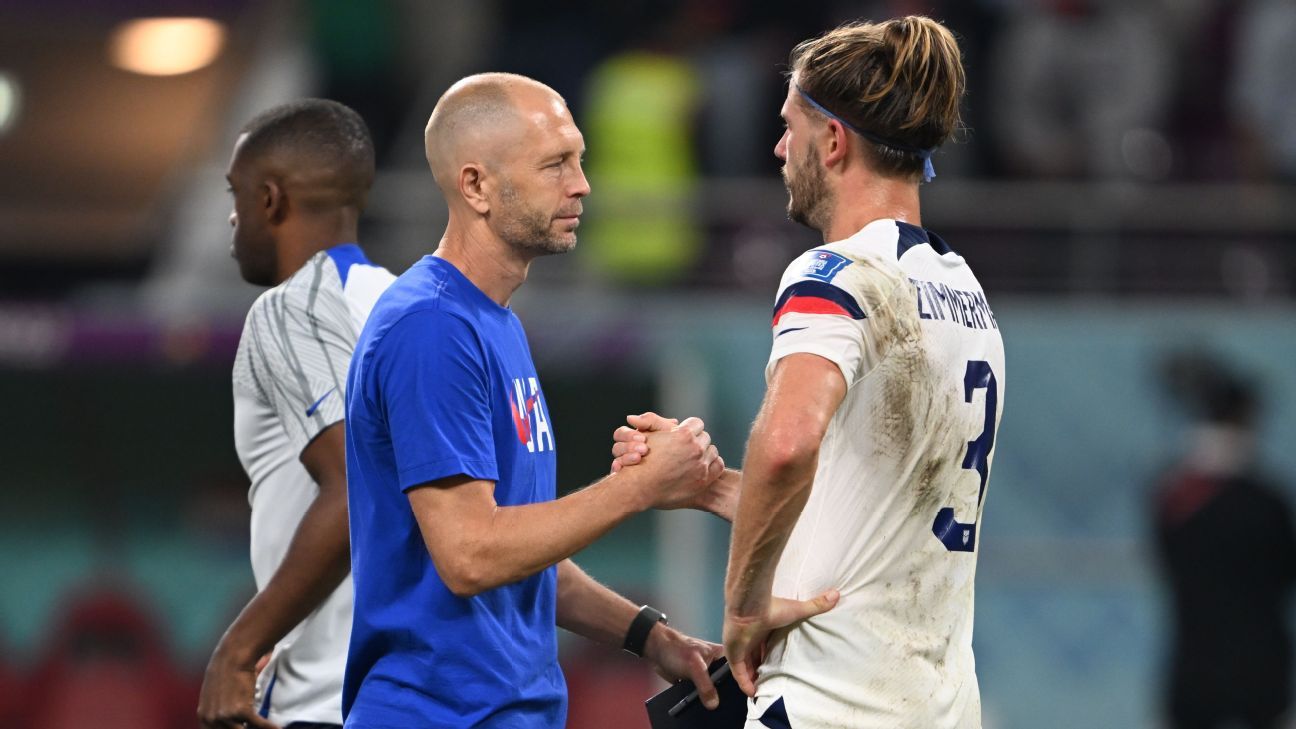 
United States men’s national team defenders DeAndre Yedlin and Walker Zimmerman have praised the ability of coach Gregg Berhalter, amid an ongoing investigation by U.S. Soccer into a 1991 incident during which he kicked his future wife in the legs.

Yedlin and Zimmerman said they understand there could be uncertainty about the team’s leadership structure for a while but credited him for bringing a young generation of players together during the 2022 World Cup in Qatar.

“I think Gregg’s a great head coach, I think he did a great job of kind of banding us all together and really making sure we’re all fighting for the same goal,” Yedlin said Tuesday at MLS media day.

“Obviously, we all know certain things are happening and again some of those decisions they’re not up to me. He’s a great coach and I’ve really enjoyed working with him.”

The U.S. Soccer Federation said last week it learned of the allegation against Berhalter on Dec. 11 and hired the law firm Alston & Bird to investigate. The federation said Berhalter and his wife, Rosalind, had “spoken openly” about the matter, and Berhalter admitted kicking her during an argument after a night of drinking in 1991 before they were married.

He released a statement last week calling his behavior “a shameful moment and one that I regret to this day” and said he was “looking forward to continuing my conversations with U.S. Soccer about the future.”

Anthony Hudson is serving as the interim coach while Berhalter is under investigation and during a review by U.S. Soccer of the USMNT program following the 2022 World Cup.

The Americans were eliminated in the round of 16 in Qatar with a 3-1 defeat to the Netherlands — the same result for the team as in the 2010 and ’14 World Cups.

“Gregg has done a great job for the national team. I think that the record speaks for itself,” Zimmerman said.

“We obviously wish we could have gone further in Qatar. I know he wishes that as well. I think he did a really good job creating a team culture and a chemistry that was impressive. He has handled a lot of things very, very well. So, yeah, we’ll see what happens.”

Danielle Reyna, the wife of former U.S. captain Claudio Reyna, said she notified the federation of the decades-old incident involving Berhalter in response to the coach’s disparagement of her son, young star Gio Reyna.

Berhalter has said he would like to coach the national team through the 2026 World Cup, which the U.S. will cohost.

“You go to any World Cup and you’d ask the host country if it would be a unique opportunity to win and of course it would,” he said.

“I think especially for this era of U.S. Soccer. I think we have a very good chance with the players that are in the pool and the players coming up into the pool. It’s an unbelievable group of players.”

Defender Miles Robinson looks forward to being part of the roster after missing last year’s World Cup while recovering from a ruptured left Achilles tendon. It was hard being a spectator, he said.

“It’s a different type of kind of bitterness, anger that you get watching those games but it can only motivate you if you look at it through the right lens,” he said, “and I think that’s what I’m trying to do because at this point it’s long gone. So I’m only looking forward at this point.”