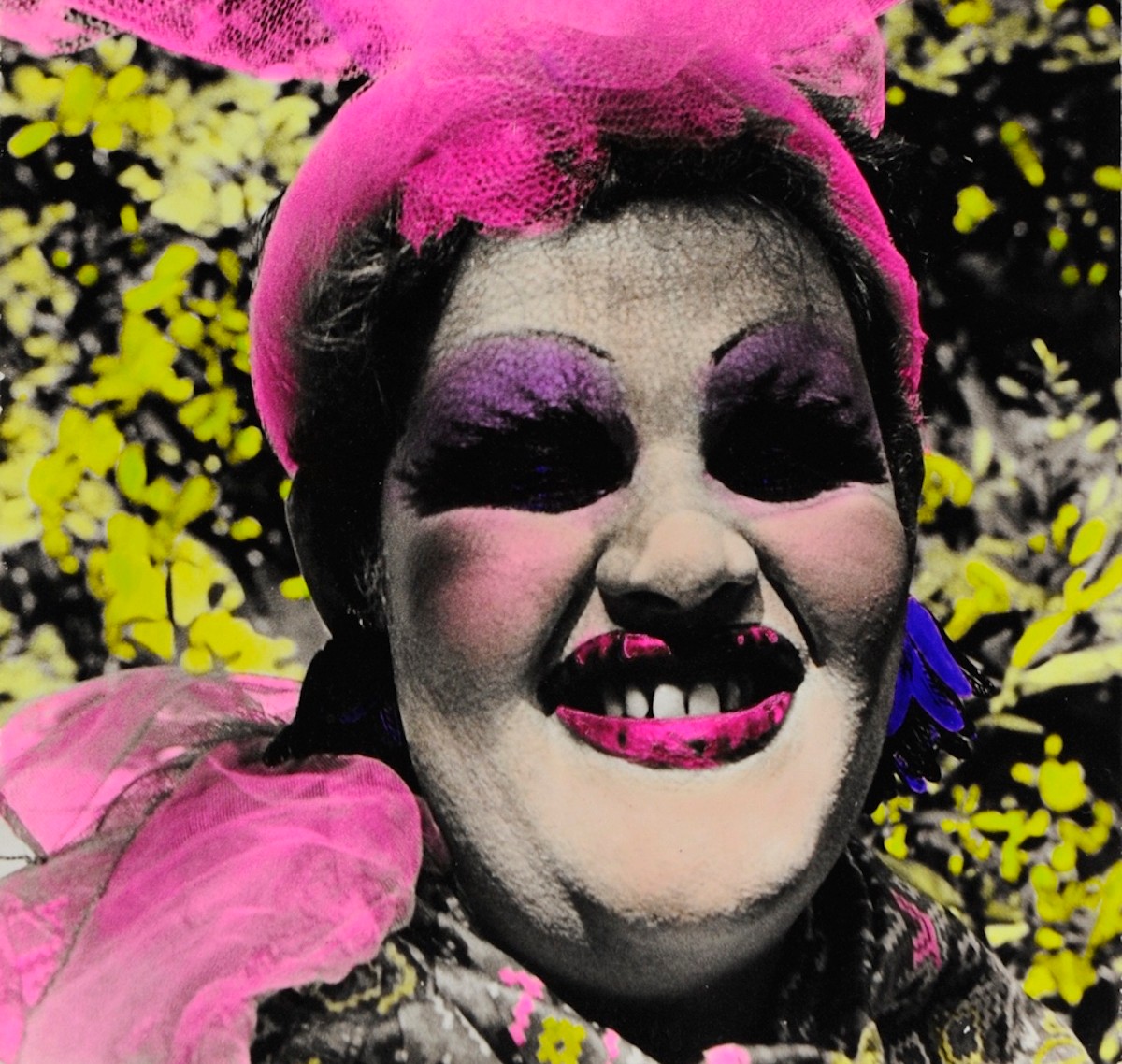 
Editor’s Note: This is part of the 2022/23 Emily Hall Tremaine Journalism Fellowship for Curators, and the first of three posts by the author, the third of which will be an email-only exhibition sent to all Hyperallergic subscribers.

Long before RuPaul’s Drag Race, there were already well-known drag and gender-fluid artists on the East Coast. In the early 1960s, Jack Smith launched the career of Mario Montez, whose later Warhol Superstardom was eclipsed by the trans trio of Jackie Curtis, Candy Darling, and Holly Woodlawn. In Baltimore, John Waters collaborated with Divine. But the Chicano community of East Los Angeles had its own icon, who was bringing forth a more outrageous and under-recognized form of gender-based performance in the form of Robert Legorreta.

Legorreta began performing in public in 1966, but debuted as the character “Cyclona” in the 1969 play Caca-Roaches Have No Friends. Cyclona would develop a style of drag that was not about passing as female or traditional glamour. His performances, including a guerrilla-style wedding at Cal State Los Angeles in 1971, shocked audiences. A primal, glitter-fueled scream was unleashed with Cyclona, giving birth to generations of queer Chicano artists across Southern California who challenge gender and representations of the body.

Beginning in the mid-1980s, Nao Bustamante transformed into different characters both with costumes and by collaging objects onto her body. Her work bridged performance and video art, and addressed the spectacle of television through appearances on the Joan Rivers Show and Bravo’s reality show Work of Art. In a 2018 re-staging of “Given Over to Want,” Bustamante modified her body with tape and box wine, and through shadow play, outside of The Broad Museum in Los Angeles. Chicano art could both challenge and integrate popular culture, reshaping the body in the process.

Citing both Cyclona and Bustamante as inspirations, Christopher Velasco evolved his drag character, “Krystal Lake Carrington,” while utilizing intentionally garish makeup and horror references that evoked Leatherface from The Texas Chainsaw Massacre. Prior to this 2020 transformation, Velasco — born and raised in LA’s Lincoln Heights neighborhood — had worked with and mentored fellow Chicano artist Juan Silverio at the University of California, Santa Barbara. Silverio’s digital collages and photographs play with their non-binary identity, as the artist recasts themself as the Venus of the Los Angeles River.

Chicano artists continue to redefine gender representations and artistic media in the tradition of Cyclona. Jynx Prado’s sculpture “I Am Them, They Is I” and an installation at Orange Coast College recreate their non-binary body out of burlap and fabric. Anaheim-based Juan Velasquez’s digital paintings similarly re-fashion the body through self-portraiture. Prado explores makeup-like gestures through color fabric and stitching whereas Velasquez uses paint on printed digital surfaces.

Whether performing or creating something using found objects, Cyclona unleashed artistic possibilities that went beyond Chicano conventions. Most recently, Cyclona was included in the touring exhibition Axis Mundo: a celebration of queer Chicano artists from the 1960s through the ’90s. That lineage is still present in contemporary artists and their playful transgressions.