The World Health Organization estimates that up to 40 % of the population suffers from sleep problems and that 10 % of the population suffers from chronic insomnia. In addition to affecting daily well-being, this situation can have detrimental effects on long-term health. An innovative smart pillow is part of a new generation of scientific and technological breakthroughs to combat this silent epidemic.

This article covers the following topics:

We are already accustomed to having all kinds of devices to monitor our vital signs: from smartwatches that measure our heart rate to bracelets to monitor physical exercise or detect dangerous solar radiation levels. In the field of sleep, there are already some apps to monitor sleep, but the new smart pillow developed by Chinese researchers promises to offer much greater accuracy.

The approach adopted by the team led by Haiying Kou involves tracking head movements throughout the night thanks to a series of sensors installed in the pillow. The prototype is based on a triboelectric layer of flexible and porous polymers. Thus, head movements generate changes in the electric field utilizing what is known as triboelectric nanogenerators (TENG).

The result is that the pillow can measure with high precision even the pressure of a finger and, at the same time, generate its electricity to transmit data wirelessly. The researchers indicate that their smart pillow can measure sleep patterns and diseases that affect head movement, such as cervical spondylosis. Finally, it could also warn of the risk of falling out of bed.

This device joins other research that is working on face masks, belts, and even sheets that integrate sensors to monitor sleep. However, some pillows offer active functionalities, that is, they can modulate sleep.

A smart pillow to prevent snoring

In addition to TVs and virtual reality glasses, the CES show in Las Vegas has been focusing on the potential of wearable technology for the past few years. An example of this would be the smart pajamas we talked about a short time ago. Well, during the last edition, a smart pillow with unprecedented functionality could be seen. 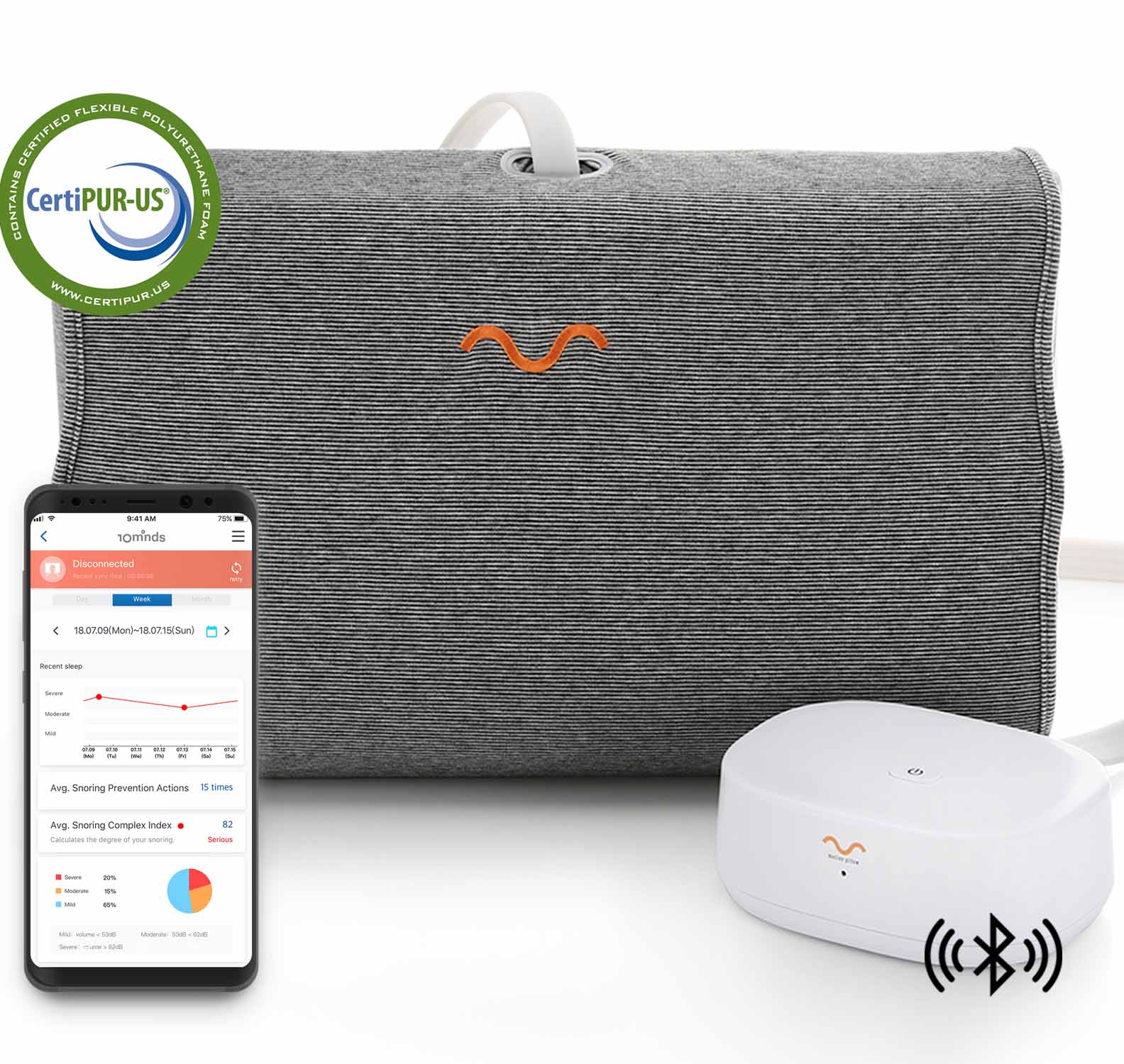 If insomnia affects a large part of the population, snoring is not far behind. And doubly so: they affect the victim and those who sleep nearby. The device presented in the 2022 edition is a pillow that can rectify the position of the head when it detects snoring.

To achieve this, it uses a series of pressure sensors that analyze the position of the head. These pressure sensors are paired with acoustic sensors, so the system processes the various head positions and the associated snoring sound.

Along with the aforementioned sensors, the pillow incorporates four small “airbags” that inflate or deflate independently to reposition the head and reopen the airway. Finally, sleep patterns are recorded thanks to a phone app that lets you know everything that happened the following day.

A smart pillow to alert people with deafness

In the pillow arena, another device that has caught our attention recently is a prototype designed by a hearing-impaired student in Dubai. One of the challenges faced by people with such a disability is difficulty hearing fire alarms and other types of safety alerts.

During his studies at the Rochester Institute of Technology (RIT) in Dubai, JayShaud Potter linked doorbells, fire alarms, or emergency calls to a smart pillow. This is achieved through an app that sends the signals to the pillow via an IoT-enabled cell phone. Once the pillow receives the alarm, it generates haptic or light signals to wake the person up.

Do you want to learn about more technologies like these smart pillows? Take a look at this article or subscribe to our newsletter at the bottom of this page.