A single colony of bees can pollinate up to 300 million flowers daily. And that includes human-managed honeybees. That means that, unlike some livestock or agricultural practices, this is a human activity that is beneficial to the environment and key to the food system’s sustainability. Now, robotics, artificial intelligence, and big data will bolster the collaboration between humans and bees. That is the proposal of an Israeli startup.

In this article, we bring you up to speed on stuff like this:

A new generation of smart beehives

The innovative approach of the “Beehome,” as this new generation of beehives is called, involves automation in the care of these insects. The aim is to reduce the mortality rate of this species, which has faced many threats in recent years, such as varroa destructor, an aggressive parasitic mite. In the U.S. alone, this parasite destroyed 43.7% of bee colonies between 2019 and 2020.

In the hive at Kibbutz Beit Haemek in northern Israel, some two million bees live in just under four square meters. So far, so normal, but a small examination shows a device with wires, a board with processors, and a ventilation system. It is a smart beehive.

board with processors, and a ventilation system. It is an intelligent beehive.

This hardware monitors everything that is happening inside, with aspects such as temperature or moisture. If necessary, the machine can intervene, providing water or sugar if deficiencies are detected. This contribution is based on artificial intelligence since the system learns to distinguish patterns that precede the decrease in the colony’s population.

The technology also detects parasites and pests and applies heat treatments without chemicals. And, if toxic products such as pesticides are detected in the atmosphere, the hive entrances are automatically closed as protection.

Each Beehome can accommodate up to twenty-four hives and is solar powered. This means they can be installed virtually anywhere. The beekeeper has software that allows him to monitor what is happening with their bees from their smartphone, dispensing with visual inspections. Until now, it was necessary to manually travel to the site and examine each hive. 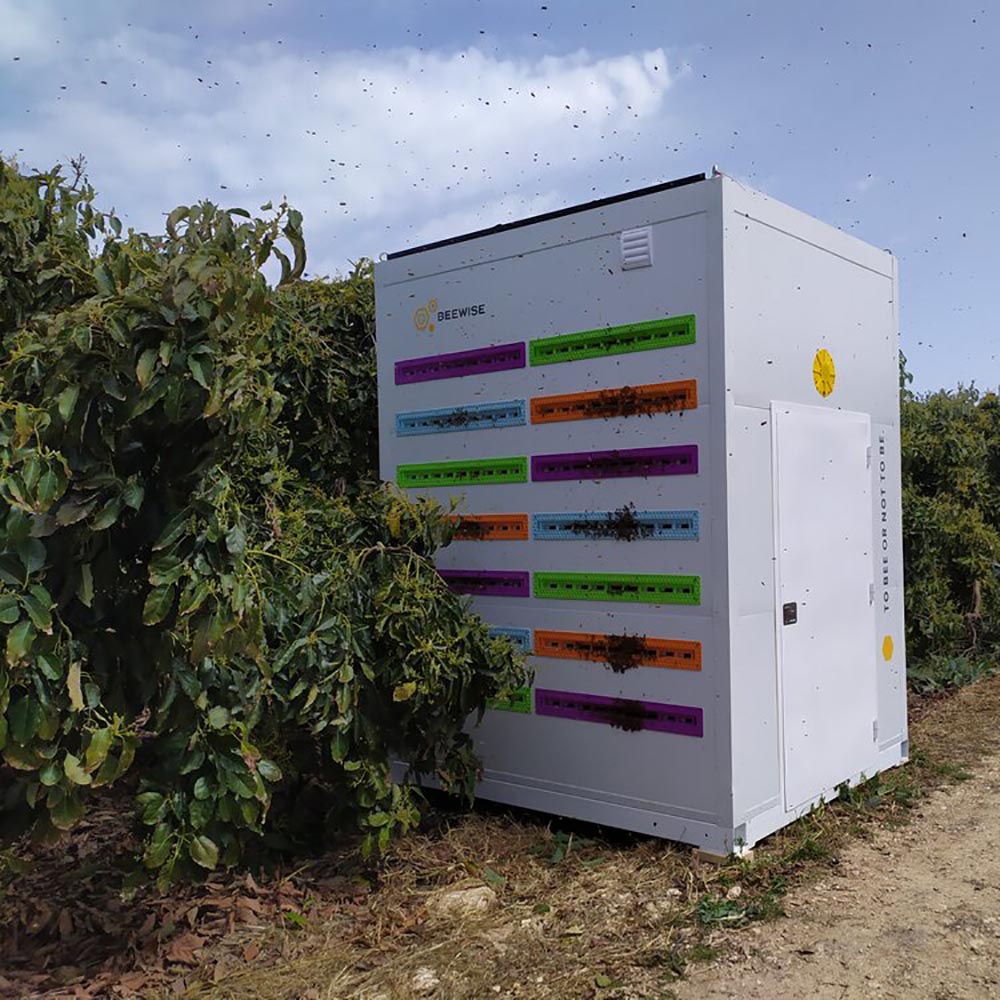 The latter also applies to harvesting: the system detects honey levels in the combs and automatically collects them when they overflow. Subsequently, the beekeeper is alerted to collect the honey once the tanks are full.

From big data to bee data

The advent of big data and artificial intelligence systems means that these technologies go beyond the care of individual colonies. In the U.S., companies are already dedicated to putting big data at the service of the general welfare of honey bee populations.

One of them sells intelligent hives with sensors to professionals or individuals interested in keeping bees in their gardens or residential areas. The company takes care of the maintenance and harvesting of the honey delivered to the customer. But the process does not end there: all the data collected throughout the year is sent to Harvard University and MIT, which can analyze it and study the health of the bees. This will provide a better understanding of the impact of environmental and climatic conditions over the long term.

Another European-funded project aims to go even further. Hiveopolis aims to develop robotic bees for each honeycomb so that, utilizing their vibrations and movements, they can indicate to the rest of the colony where the optimal pollen sources are. The idea is to replicate what is known as the “bee dance,” which allows worker bees to inform the location of flowers by moving their abdomen. If you want to learn more about the contribution of robotics in sectors such as agriculture, look at this article.

By the way, World Bee Day is May 20. A good time to remember the importance of these pollinating insects, whether in smart hives or in the wild.