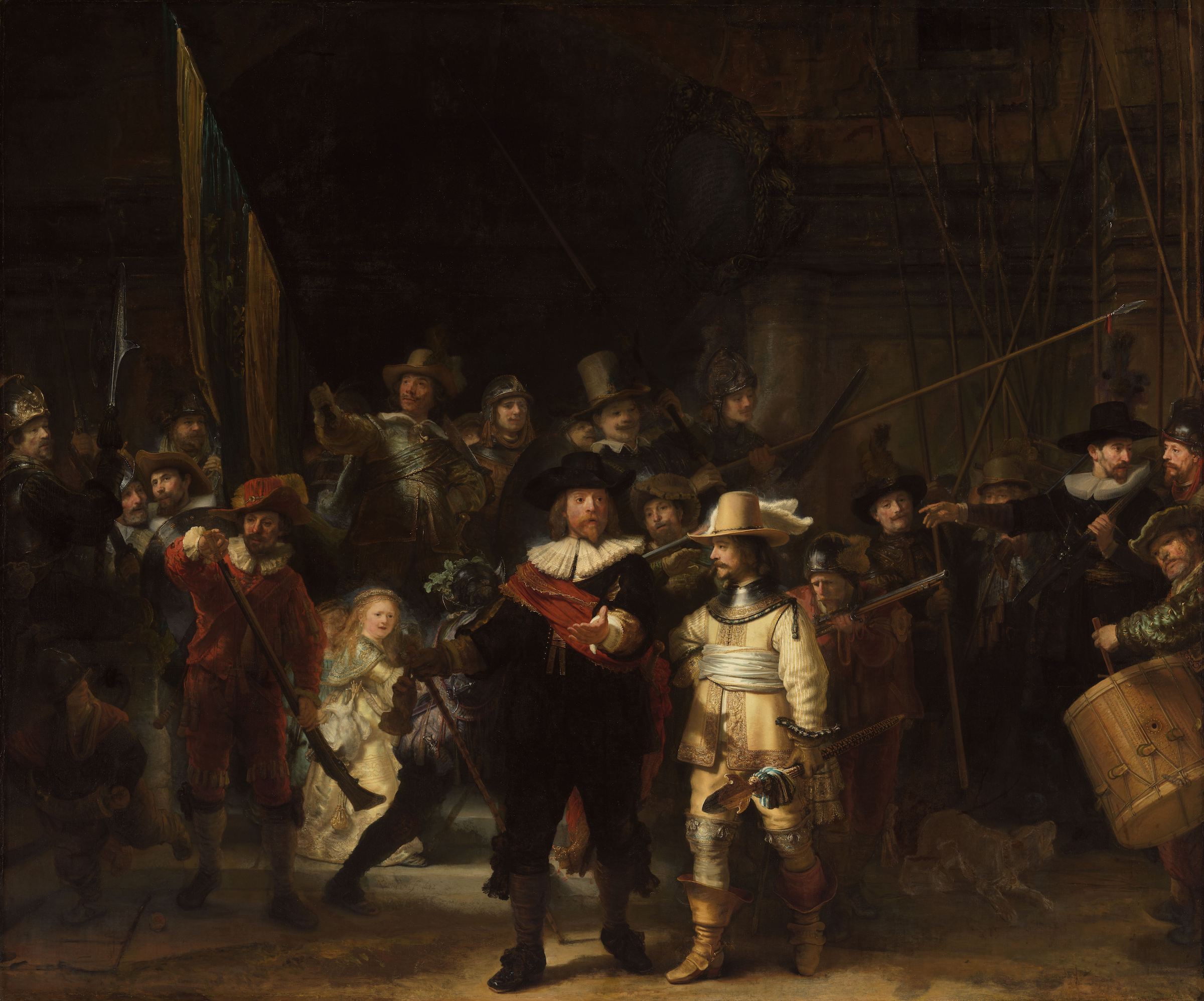 
Rembrandt van Rijn’s “The Night Watch” (1642) is a prize jewel of Amsterdam’s Rijksmuseum, which has been intensely studying the masterpiece since 2019 in a project named “Operation Night Watch.” Now, researchers working with the museum have made an important discovery folded within the layers of paint — the presence of a chemical called lead formate, which has never before been found in a historic painting.

The finding not only sheds light on how Rembrandt may have created the paint he used on his canvases but also provides insight into past conservation efforts, researcher Katrien Keune explained to Hyperallergic. Keune, who works as Rijksmuseum’s head of science and is a professor at the University of Amsterdam, said the discovery could impact future projects, too.

“It is important to understand the complex chemical changes the painting went through during its existence in order to select the most appropriate conservation treatment,” Keune said, although she noted that as far as the research team knows, lead formate is not harmful to the painting.

The cross-disciplinary group of scholars published their discovery earlier this month in the international edition of the German journal Angewandte Chemie (Applied Chemistry). Lead formates have been seen in paints once before (in 2020), but they were found in freshly painted mock-ups, not original artworks.

“We think that probably [the lead formates] disappear fast, this is why they were not detected in Old Master paintings until now,” lead author and Rijksmuseum junior scientist Victor Gonzalez said in a statement. (Gonzalez also works at the Supramolecular and Macromolecular Photophysics and Photochemistry laboratory at Paris-Saclay University and in the laboratory of the French National Center for Scientific Research.)

To complete their study, the team looked at parts of “The Night Watch” as well as constructed laboratory samples, the latter made using Rembrandt’s signature concoction of linseed oil and dissolved lead oxide. The scientists examined the fragments at France’s European Synchrotron Radiation Facility and created a map depicting where the formates were located, and when they were created.

While the team’s published research delves into the scientific specificities of lead formate and the technology used to find it, the group thinks its discovery will have broader implications. First, the research could continue Project Night Watch’s investigation of Rembrandt’s own painting practice, but it could also help scientists understand the potential reactions between paints and varnishes. To continue their research, the team will investigate whether these rare compounds originated from past attempts to conserve “The Night Watch.”

While the discovery of lead formates is an important one in furthering conservation efforts, it may not constitute Operation Night Watch’s most glamorous findings. Past discoveries include a pigment containing arsenic (which was mostly used to paint lemons in still lifes) coloring the clothes of one of the work’s subjects, lost paint that was used to depict a cloud of smoke, and a sword that Rembrandt sketched but decided not to paint. Another impressive aspect of the project was the 2019 recreation of the painting’s two side panels: In 1715, the painting was moved and trimmed to fit between two columns. Those missing pieces are lost, but the Rijksmuseum team used artificial intelligence to recreate them.