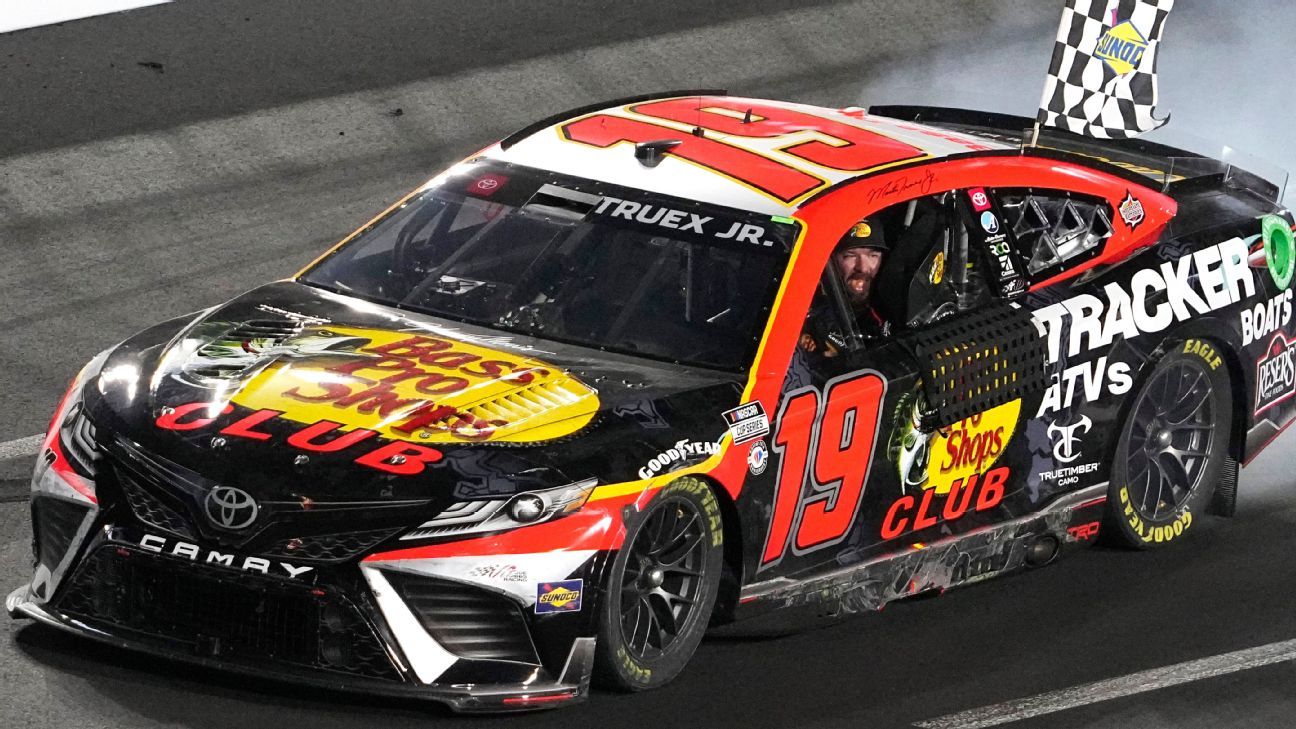 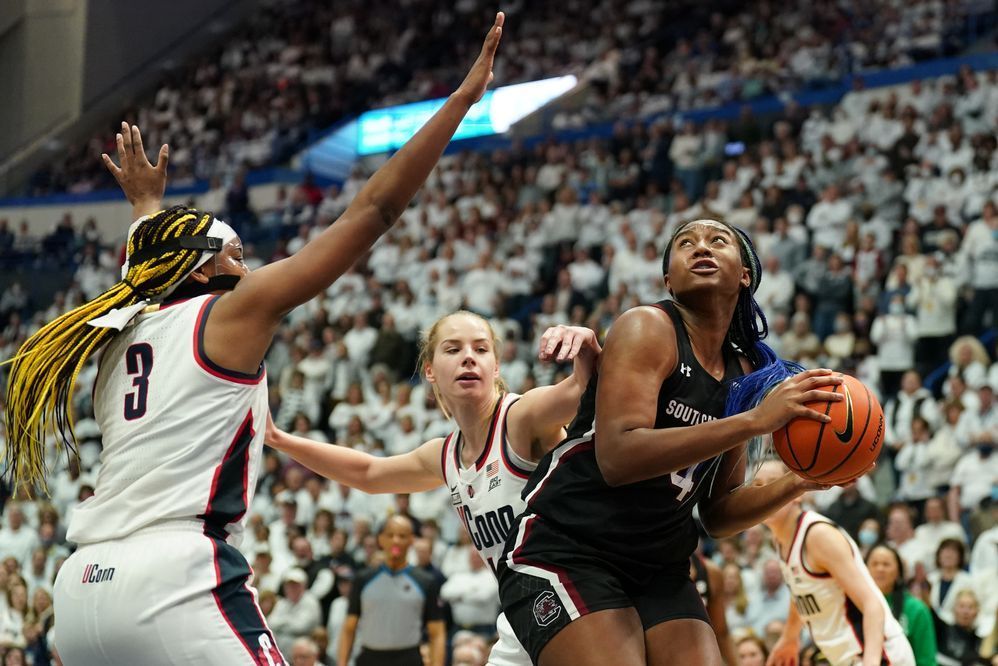 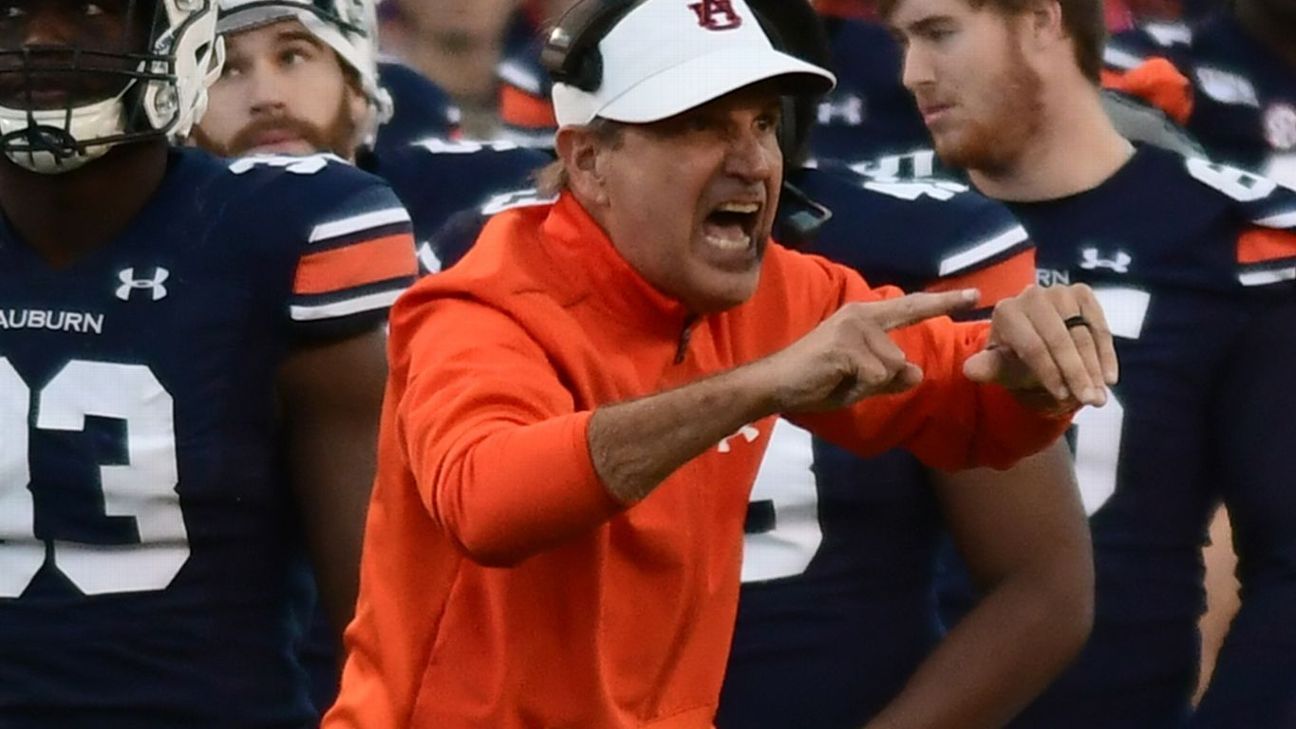 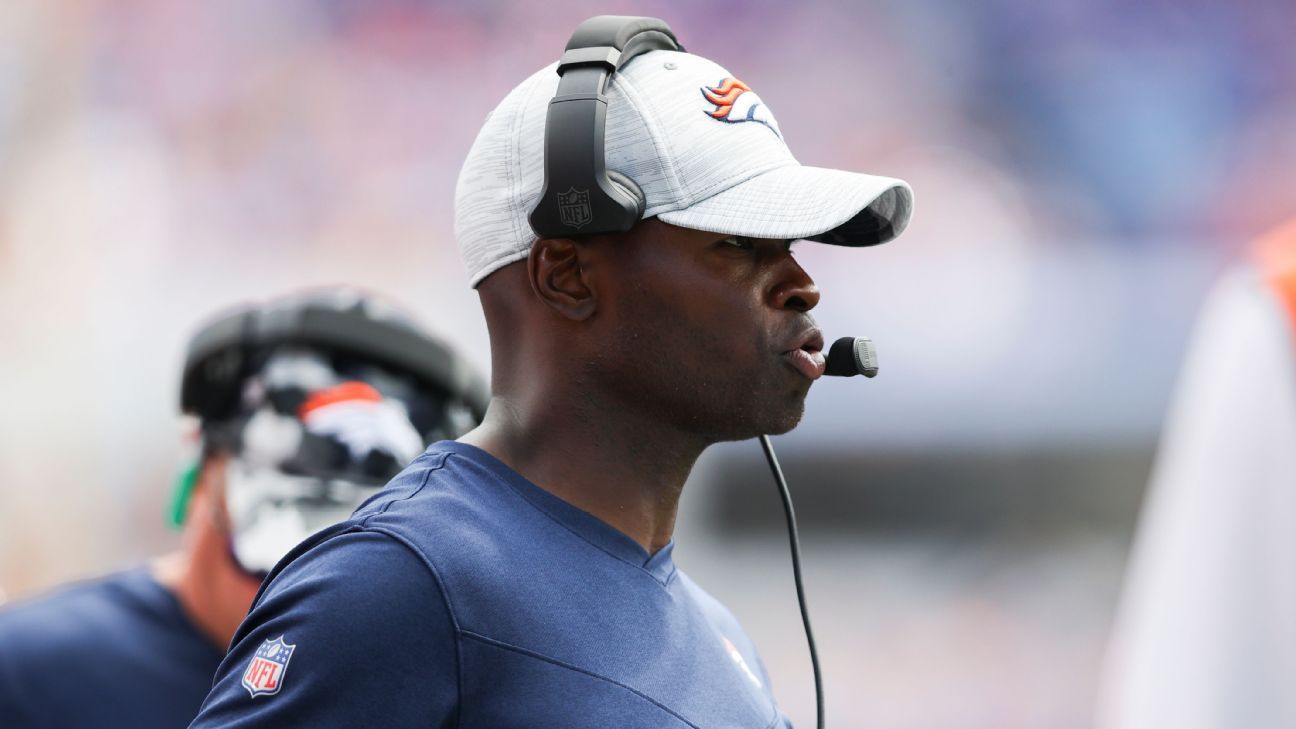 Panthers reach deal with Ejiro Evero to be new DC 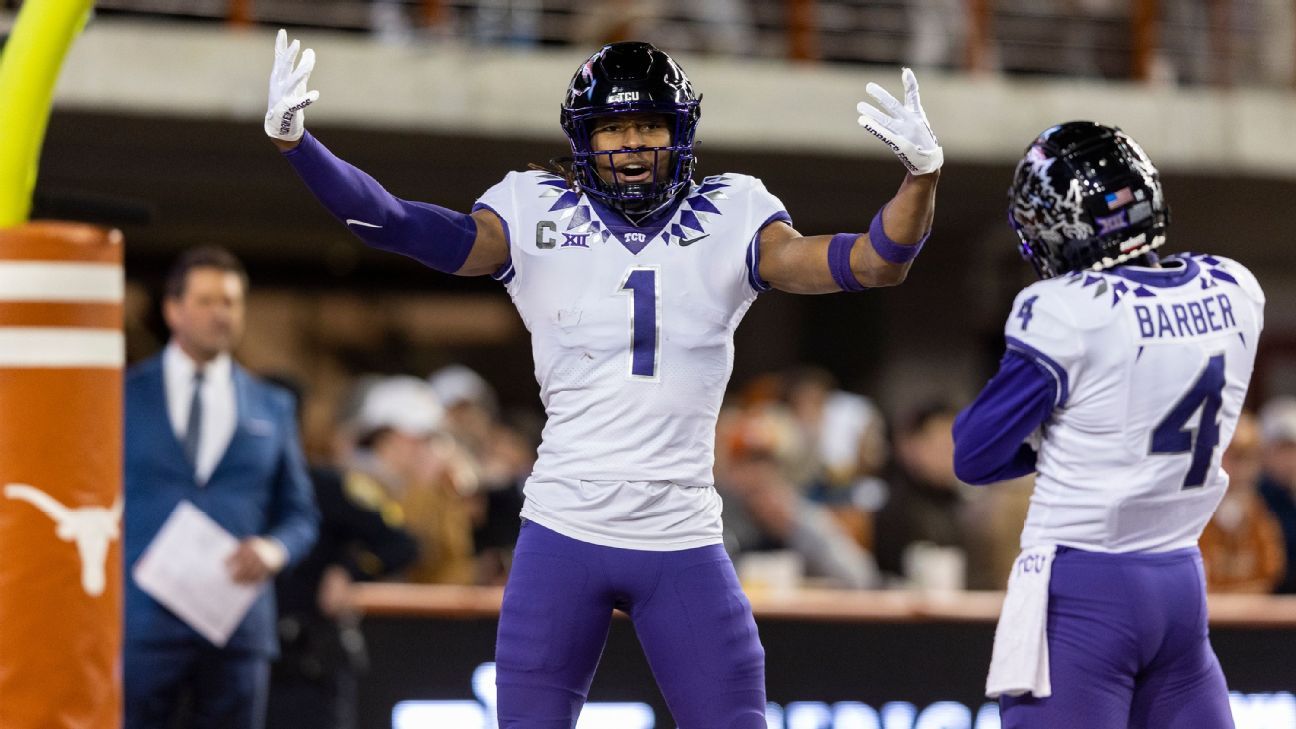 LOS ANGELES — Former Texas coach Tom Herman vividly remembers the muggy night back in the summer of 2019. A quiet wide receiver from nearby Temple, Texas, strolled onto an outdoor basketball court at a slam dunk contest during the program’s Friday Night Lights recruiting event.

Quentin Johnston had a big reputation as a recruit, but also was known as being soft-spoken and polite, befitting of having two parents in the military. So when he soared through the air, switched hands with the ball underneath both his legs and finished with a tomahawk assault on the rim, a lightning bolt of electricity ripped through the event.

“I want this guy,” Herman recalled saying in the wake of the dunk. “Quentin won the contest, and even all the four- and five-star kids there, you could see their jaws agape.”

Johnston has always been a showstopper, even if that dunk came on a 9-foot rim. And his decision to attend school slightly off-Broadway — spurning blue-blood offers and decommitting from Texas right before signing day — has helped usher TCU into college football’s mainstream.

No player looms larger for TCU on Monday night in the national championship game (7:30 p.m. ET, ESPN) than Johnston, a 6-foot-4, 215-pound wide receiver who NFL scouts tell ESPN is the favorite to be the first wide receiver picked in the 2023 draft.

And no player offers a better testimonial for the power of TCU than Johnston, who said he turned down “a lot” of money to transfer elsewhere after the school fired Gary Patterson during the 2021 season.

Instead, he stuck around and has been the program’s most dynamic offensive weapon, with six receptions of more than 50 yards this season and an average of 30.2 yards per reception the past two games.

Johnston’s faith in TCU has been rewarded, and he is now the key to helping deliver the school the ultimate prize. With that same dynamism that Herman saw on the court that day — a rare blend of size, speed and burst — Johnston has thrust himself and the Horned Frogs into the highest echelons of the sport.

In the spring of 2019, heading into Johnston’s senior year in high school, TCU wide receivers coach Malcolm Kelly parked himself at Temple High the first day he could legally recruit there. He spent the entire day there. He recalls Johnston going through a full workout, then running a quarter-mile on the track.

He pulled out his watch and timed him at 49 seconds, which he stressed came after a football workout. As he drove away that night, he said, “That dude may be the best receiver in the country.”

From that point on, Kelly jokes he “put all his eggs in the Quentin Johnston basket.” He went all in, knowing he could help Johnston harness all the talent in his 6-foot-4 frame, as he saw rare fluidity for an athlete of that size.

Kelly also observed an athlete who was different in other ways. Johnston posted his first half-dozen offers online and stopped soon after. He never informed the recruiting services of the dozens of other offers he had, and one day Kelly asked why.

“He said, ‘Coach, after like my sixth offer, man, I was riding back to practice one day and I said, I go to practice with all my boys every day and none of them are getting offers,'” Kelly recalled. “For a 17-year-old kid to tell me that, I just knew he was different.”

When Johnston committed to Texas in August of that year, he called Kelly to deliver the news. He had an unusual message in his breakup call: Keep recruiting me. Part of the reason Johnston chose Texas was to stop the onslaught of calls from coaches and recruiting sites.

Kelly called once a week, never pressing too much. And he felt a tone change a few weeks before signing day. Around that time, Texas fired wide receivers coach Drew Mehringer and reassigned Corby Meekins, the co-wide receivers coach.

That only bolstered all the work Kelly did building the relationship. One day in mid-December, Johnston called Kelly, who was walking outside his apartment, and told him he planned to flip to TCU.

“With his family, and having military parents, they were able to see through the flash and the lights,” Kelly said. “TCU wasn’t the sexy pick and Texas had more resources and all the rest of it. But again, he saw an opportunity to come in and be developed. That was the big thing with him and his parents was the development.”

Johnston started the 2022 season relatively quietly. TCU knew how much it would be relying on Johnston in Big 12 play, and used him judiciously. That included not even playing in the second half in a blowout of Tarleton State.

Heading into a showcase game at Kansas on Oct. 8, Johnston had just 12 catches and zero touchdowns through four games. That’s when the arc of Johnston’s season and career turned precipitously, as he caught 14 balls against the Jayhawks for 206 yards and a touchdown.

After earning All-Big 12 honors as a sophomore, that game proved the breakout for Johnston’s fantastic junior year. Scouts have noticed, as he’s become a mock draft darling in recent weeks.

“He checks all the boxes to be the first receiver taken,” said an NFL scout who has studied Johnston extensively. “He’s got the best chance of all the candidates going first to be a game-changer.”

When former Texas assistant Derek Wareheim first spied Johnston at Temple High School, he called back and said that he could become the next CeeDee Lamb. That projection has held, as a scout said Lamb and Johnston have different styles but are similar in terms of their ceiling.

“Quentin is faster and more explosive than Lamb,” the scout said. “Lamb is a better route runner and more instinctive. But Johnston is that caliber of player. He’s a skilled wide receiver and has elite speed, but he’s not a Josh Gordon bruiser.”

Johnston has been targeted 95 times this season and has 59 receptions. His six drops are the most glaring weakness on his NFL résumé. He finished with 1,066 receiving yards, despite missing the Texas Tech game with an ankle injury suffered against West Virginia and being hobbled in games against Texas and Baylor.

Johnston’s biggest strength may be his ability to high-point deep balls and outmaneuver defensive backs on go routes, something TCU should be testing frequently. Scouts and coaches say neither of Georgia’s top corners — Kelee Ringo and Kamari Lassiter — have the refined ball skills to play the ball well in the air.

Johnston says his ability to box out defensive backs tracks back to his days playing the low post in hoops.

“I was mostly always the tallest person on my team,” he said. “So you’re in the post, you got to back somebody down, shake one way, go the other way. Your footwork’s got to be good, and then your top half has to be loose too, shaking and baking and stuff like that. I feel like I was doing that for so long it kind of translated to the football field.”

Georgia co-defensive coordinator Will Muschamp said it’s “absolutely concerning” the way the Bulldogs have been mauled in the secondary the past two games, as they’ve given up an average of 508 yards and seven combined touchdowns. Johnston noticed “a lot of holes” in the UGA secondary, but said he can’t expect the Bulldogs to play the same.

After shocking the recruiting world by choosing TCU and surprising everyone by sticking around through the coaching change, is there one last stunner in Johnston’s college career?

“It’s surreal,” he said. “But at the same time, it hasn’t hit me yet. This game or even the Michigan game hadn’t really hit me. … I feel like everything is going to just hit us not really ’til after the season, when we look back and be like, ‘OK, this is crazy.'” 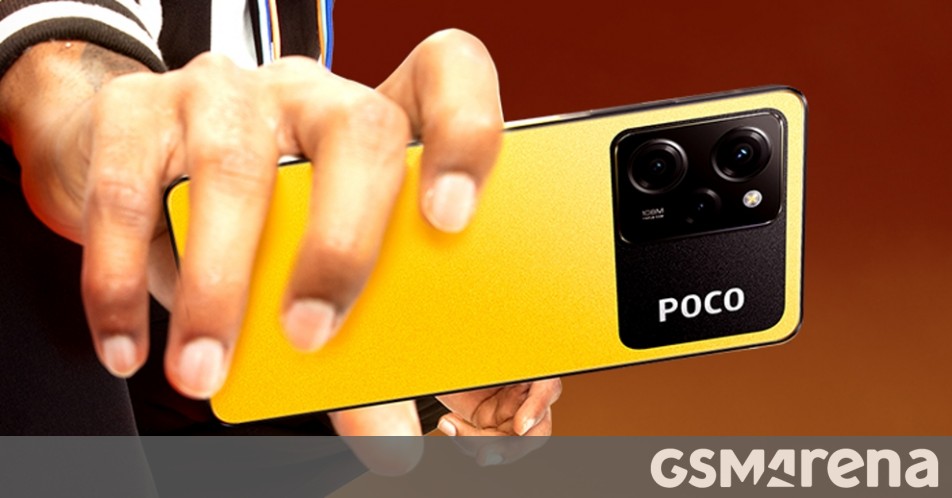