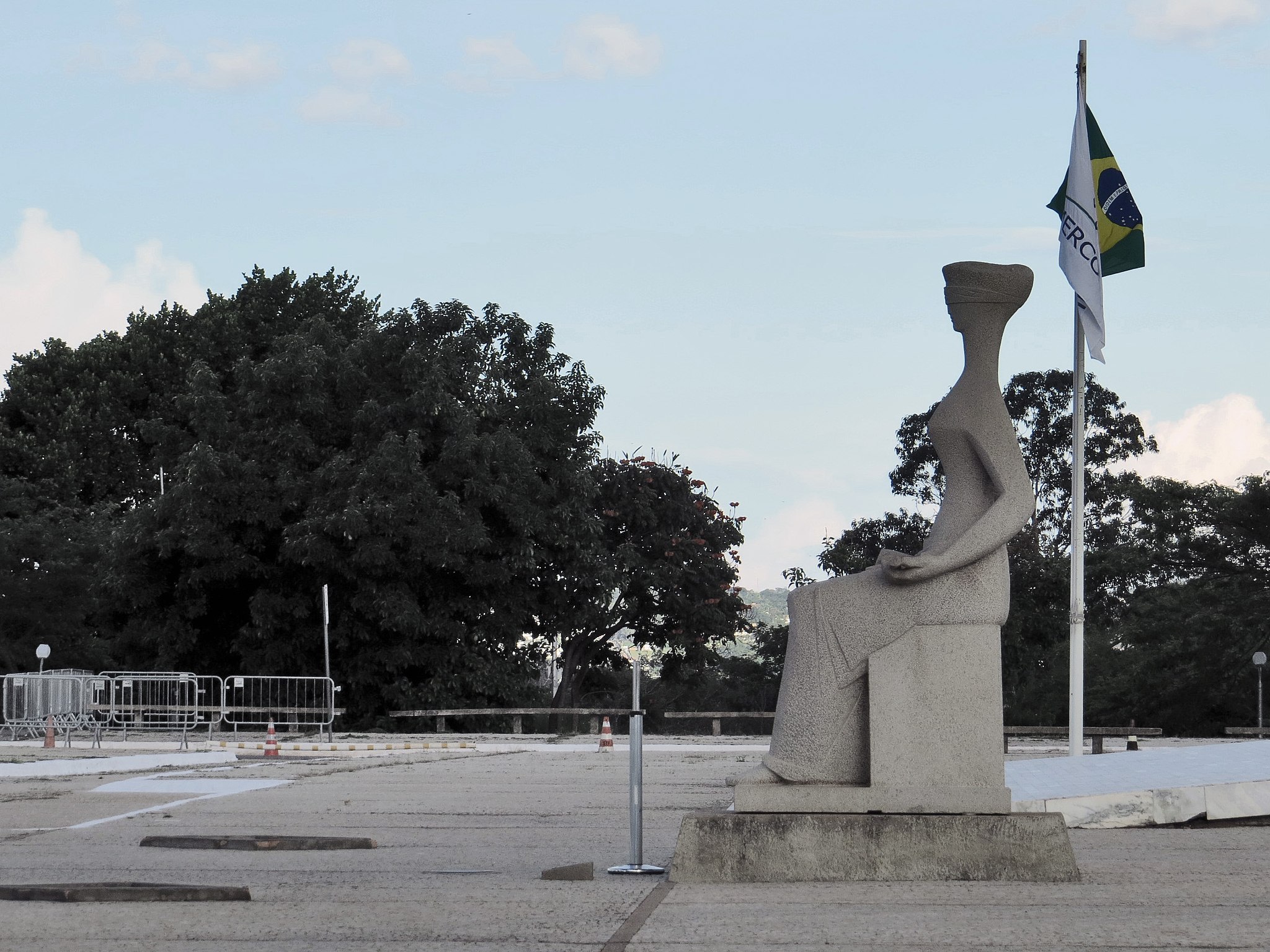 
In an attack that has been likened to the January 2021 storming of the US Capitol, hundreds of supporters of Brazil’s former far-right president Jair Bolsonaro stormed the nation’s seat of government this Sunday, January 8. Riled by baseless claims of election fraud, the mob descended on Brasilia’s Praça dos Três Poderes to protest returning President Luiz Inácio Lula da Silva’s inauguration. They ransacked the National Congress building, the Supreme Court headquarters, and the Palácio do Planalto, the official presidential workplace, throwing rocks, shattering windows, and, according to an initial report from Brazilian news broadcaster GloboNews, damaging several nationally significant artworks.

Though GloboNews noted that the government has not performed a complete survey of affected artworks across the targeted buildings, photographs reveal the magnitude of damage to multiple paintings, sculptures, and installations — including the 1962 work “As Mulatas” by Emiliano Di Cavalcanti and “Araguaia,” a 1977 stained-glass piece made by Marianne Peretti. A thread compiled by Twitter user and law student @nandaxxie also includes images taken by various photographers and screenshots from videos of the attacks.

Di Cavalcanti’s “As Mulatas” (1962), displayed on the third floor of Palácio do Planalto, appears to have at least five individual stab marks through the canvas. Di Cavalcanti, a key figure of Brazilian Modernism, regularly featured “mulatto” women, or women of mixed Black and White heritage, through a nationalistic lens in his mural-like paintings. The painting had an estimated value of 8 million Brazilian reais (~$1.52 M).

Marianne Peretti’s “Araguaia” (1977), a glass panel installation shown in the Chamber of Deputies within the National Congress building, reportedly sustained cracks as well. Peretti has a few other glass works within the capital buildings as she was the only female artist chosen by architect Oscar Niemeyer to work alongside him in his design and construction of the Praça dos Três Poderes in 1956. In an interview, Peretti said that Niemeyer liked her panels “because they didn’t close the space and let light through, which is great in architecture.”

Victor Brecheret’s cast bronze “Bailarina” (1920), part of the Chamber of Deputies collection, was reportedly found lying on the ground after it was toppled over onto the wet floor. And outside of the Supreme Court headquarters, Alfredo Ceschiatti’s stone sculpture “A Justiça” (1961) was graffitied over with the phrase “perdeu mané” across the chest. Roughly translating to “You lost, dummy,” in English, the phrase was coined by Brazilian Supreme Court Justice Luís Roberto Barroso after a “Bolsonarist” confronted him in New York about the possibility of a rigged election, according to UOL.

Jorge Eduardo’s “Bandeira do Brasil” (1995), a medium-density fiberboard sculpture painted over with the rippling Brazilian flag, was found soaking in the water on the floor of the Palácio do Planalto after the rioters activated several fire hydrants. Eduardo had made the flag reproduction for then-president Fernando Henrique Cardoso, and according to GloboNews, it once served as the backdrop for Presidential announcements.

Bruno Giorgi’s “O Flautista” (1962) was reported to be completely destroyed, with fragments found throughout the hall of the Palácio do Planalto.

According to Rogério Carvalho, the director of curatorship of the Presidential Palaces, most of the damaged works from the preliminary assessment have the potential to be completely restored.

However, there is one piece in particular that poses some major complications due to its rarity and age. A 17th-century grandfather clock made by Balthazar Martinot, a renowned French clockmaker, was found shattered on the third floor of the Palácio do Planalto. It was one of two timepieces of its kind in the world and a gift from the French court to Dom João VI of Portugal. The sister clock, which is half the size of the one destroyed in Brazil, belongs to the Palace of Versailles in France.