Photovoltaic panels have an infinite number of applications. From solar roofs to photovoltaic glass, there are more and more surfaces from which to generate solar energy. One such application is solar trees, part of a wave of technological breakthroughs based on nature.

The “leaves” in some of these photovoltaic trees are distributed following a Fibonacci spiral, a recurring pattern in nature. These nature-inspired solutions, commonly known as biomimicry, can also be found in some wind turbines or solar thermal power plants.


In this article, you will learn about the following topics:

What are solar trees?

This technology has been on the market for several years and is used in installations –usually urban– that combine sustainability with a functional and aesthetic dimension. Solar trees usually have several photovoltaic panels installed as “leaves” with a distribution that optimizes the absorption of solar radiation. The most common solar tree designs are:

Among the latest solar tree projects is the initiative of the University of Connecticut. The final design has become an object that combines aesthetic qualities -in terms of urban furniture- the generation of renewable energy and sustainable materials such as aluminum.

According to its promoters, the starting point of this project was the creation of an artificial tree to test the optimal position and shape of leaves to maximize energy generation and better understand photosynthesis processes.

The solar tree at this U.S. university has brought together professors and students from different disciplines, such as electrical engineering and urban planning studies. The result is a design based on recyclable materials. It integrates several benches next to the main structure so that users can sit in the shade and, incidentally, charge their cell phones. And all of this is solar-powered.

However, there are also solar trees that, in addition to the symbolic, artistic, or social dimension, seek to maximize renewable energy production. This is the case of the solar tree of the CSIR-CMERI technology institute in India. With a basic solar tree design, it is the largest device of its kind. Inaugurated in 2022, it has a total area of more than 300 square meters, generating up to 200 kWh daily. 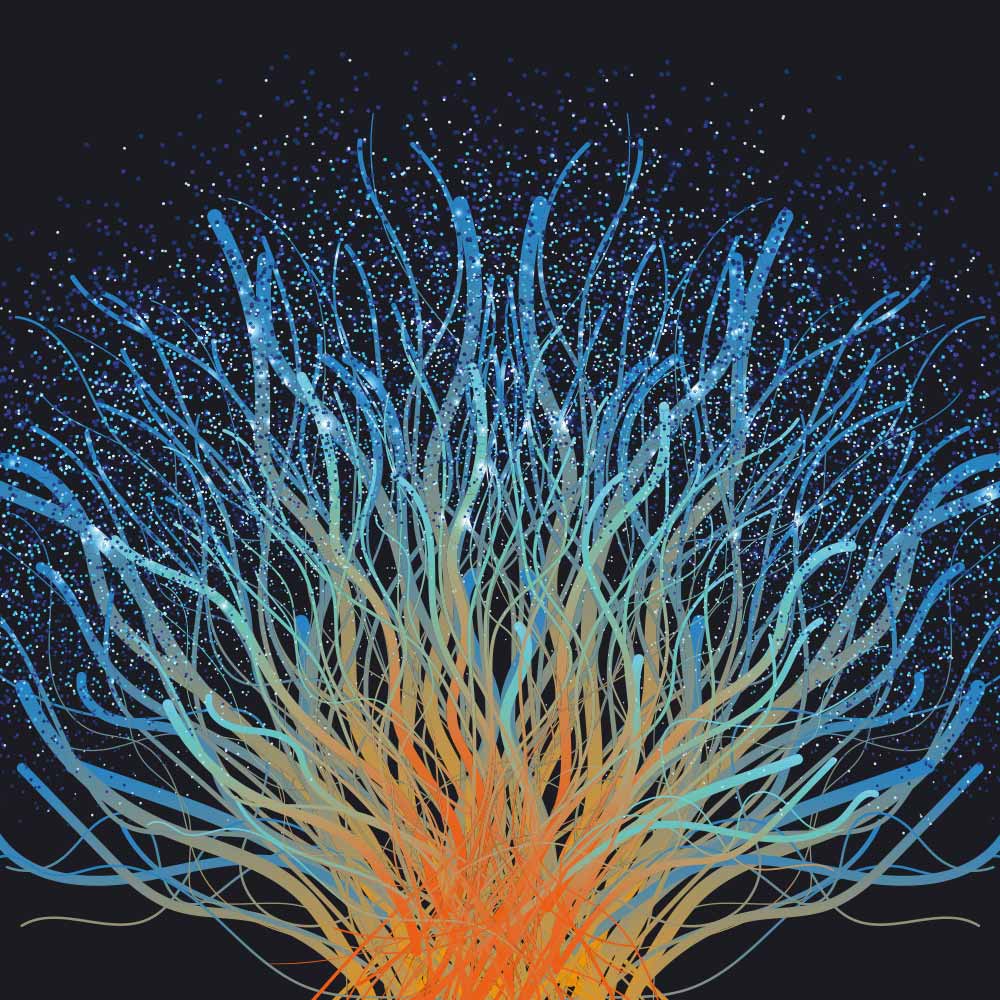 Other examples of biomimicry applied to renewable energy

Along with photovoltaics, other renewable energies have benefited from the biomimetic approach. Whether inspired by organic shapes to improve the aerodynamics of a turbine or to optimize the layout of a solar thermal plant, there are several examples of biomimetics in this sector:

If you want to learn about other examples of biomimicry, you can check out this article about the new generation of airplanes that mimic the movement of bird wings or this one about a desalination system inspired by plants.