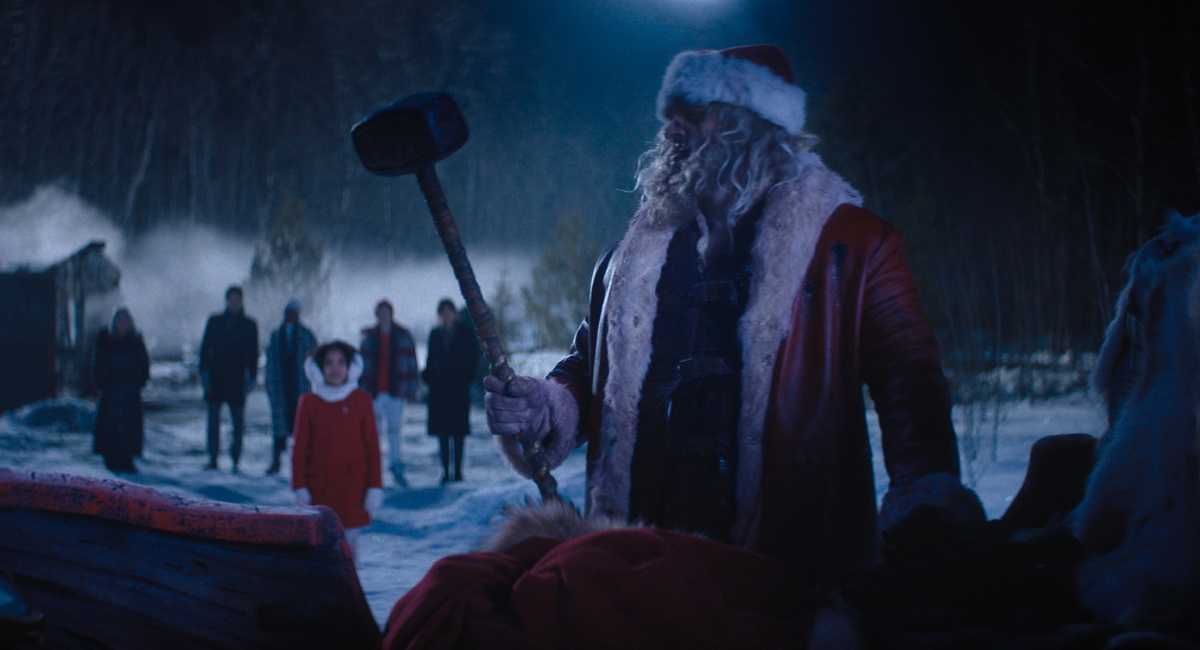 Punching into theaters on December 2nd, ‘Violent Night’ represents the sort of Christmas movie that is certainly not festive fun for the whole family. But for those whose tastes run more towards the more brutally entertaining likes of ‘Atomic Blonde’ or ‘Bullet Train’, it’s got some fun lurking in Santa’s sack.

Father Christmas in this case is played by ‘Stranger Things’ David Harbour as a grizzled, jaded sort introduced drowning his sorrows at a pub in England between “shifts” delivering presents to the ungrateful spawn of the world. A Nordic warrior who has been handing out presents for more than 1100 years now, he’s seen it all.

And as the world has moved on from more traditional Christmases towards cash gifts, Amazon deliveries and video games, he’s become increasingly disillusioned, ranting about kids who “want, crave and consume”. The movie’s cynically playful tone is set early on when the barkeep, concerned that the sozzled Santa has headed to the roof, is overjoyed to discover him flying away on the traditional reindeer-pulled sleigh, only to be drenched in vomit by the overindulging Claus.

So what can help Santa regain the joy and belief in himself if fewer and fewer are believing in him? Tommy Wirkola’s new film, written by ‘Sonic the Hedgehog’ script duo Pat Casey and Josh Miller, posits that what he needs is a ferocious encounter with thieves who are looking to rob a wealthy family. 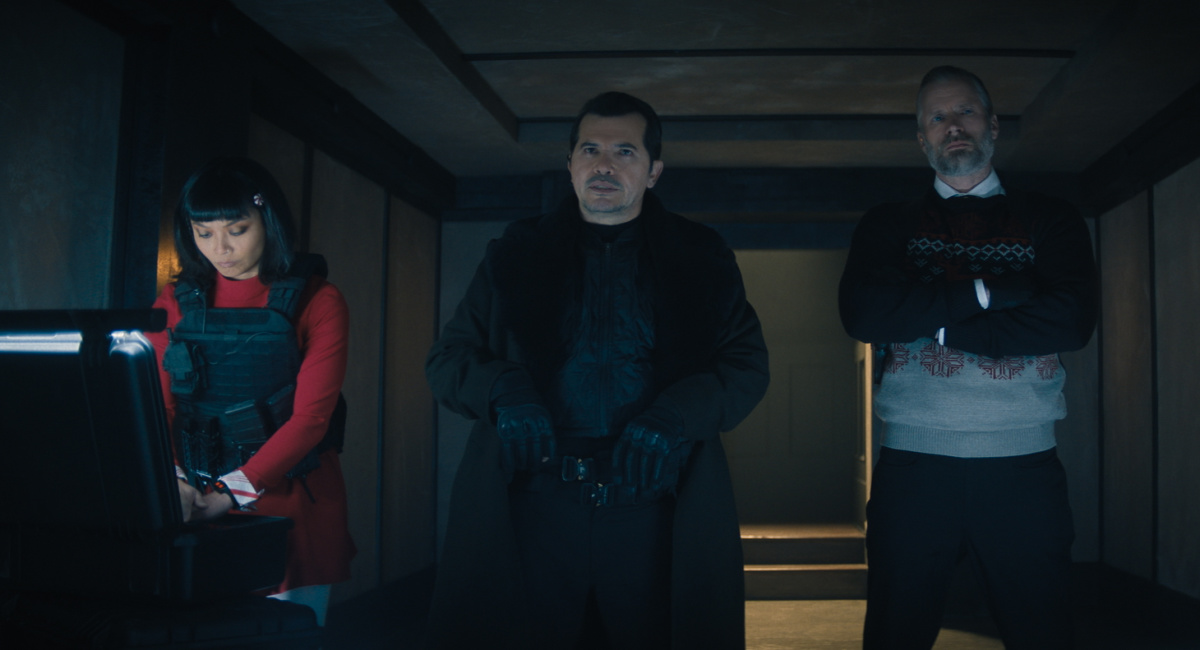 Led by John Leguizamo’s Scrooge – his code name – this bunch of Naughty List-dwelling robbers have finagled their way into the swanky, well-defended Lightstone compound posing as caterers and entertainers. Before long, the squabbling brood overseen by Beverly D’Angelo’s Gertrude Lightstone (who is much more a female Logan Roy from ‘Succession’ than ‘National Lampoon’s sweet Ellen Griswold) are being held at gunpoint while the gang look to raid their vault.

Of course, Santa shows up to deliver gifts (and sample some expensive whiskey) and has to help save these largely irredeemable types from the even nastier threat that has invaded their home. His real motivation, though, is young Trudy Lightstone (Leah Brady), a sweet-natured girl who just wants her parents Jason (Alex Hassell) and Linda (Alexis Louder) to reconcile.

It’s a set up that promises plenty of opportunities, but the movie tends to squander them with first-draft family dynamics and mugging from some of the cast (though others, such as ‘The Righteous Gemstones’ Edi Patterson grab the chance to be despicable and run with it).

When the saccharine stuff eventually creeps in, it’s largely manageable and not too sickly, largely balanced by the violence that has been perpetrated before. 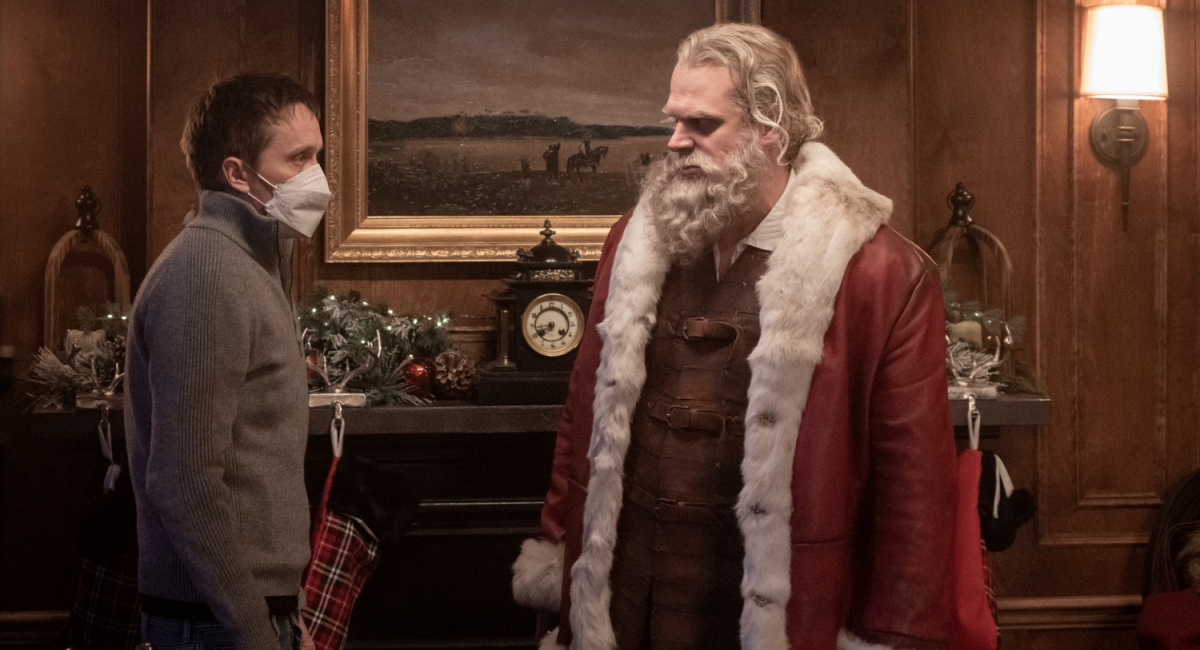 While the story can’t quite hold everything together, the set-pieces have much more value. Which is perhaps not surprising given both director Wirkola’s past movies such as ‘Dead Snow’ and ‘Hansel & Gretel: Witch Hunters’ and the team from 87North.

Spawned from the stunt training facility co-founded by David Leitch (who produces here) and Chad Stahelski after their days working on the original ‘Matrix’ trilogy, it has since become one of the go-to destinations for actors looking to whip themselves into fighting shape. And to design memorable action moments for both the founders and other filmmakers.

Here, the focus is on inventive ways to off nameless (or codenamed) goons with different takes on Christmas staples or other items. So Harbour’s Santa battles armed thieves with a stocking full of pool balls, festive decorations and, in one particularly stabby/slashy moment, an ice skate.

And there is the most inventive, splashy use of Santa’s chimney transport trick to murder someone that we’ve seen in the cinema. Which shouldn’t be surprising, as Santas outside of the odd horror movie don’t generally go on killing sprees.

Harbour absolutely commits to the role of a Santa Claus who used to spend his days smashing heads with a hammer, and despite being tired from years of Christmas duty, still relishes the chance to punish the naughty with more than just coal. Cue lots of spins on Christmas song lyrics turned into catchphrases.

‘Violent Night’ also tips its hat early on to its big influences – ‘Die Hard’, obviously, with Harbour’s character having more than a little John McClane about him – world-weary protagonist dropped into a tough situation who often has to stitch himself up. And then there’s Trudy trying out some ‘Home Alone’ booby traps against the baddies with less cartoony results than Kevin McCallister ever dreamed of.

Forced to do a lot of the heavy lifting, the fight scenes don’t always balance out the fact that the plot is thin and the characters less than stimulating. The baddies are mostly just stock criminals waiting for Santa to kill them off. There are times when it all feels like a video game as Harbour ploughs through the different level of challenges, which is somehow fitting given the writers’ ‘Sonic’ experience.

Yet even Leguizamo, bringing a welcome cocktail of rage and humor to the main villain, can’t quite make it all hang together, leaving the story to droop like an old Christmas tree. 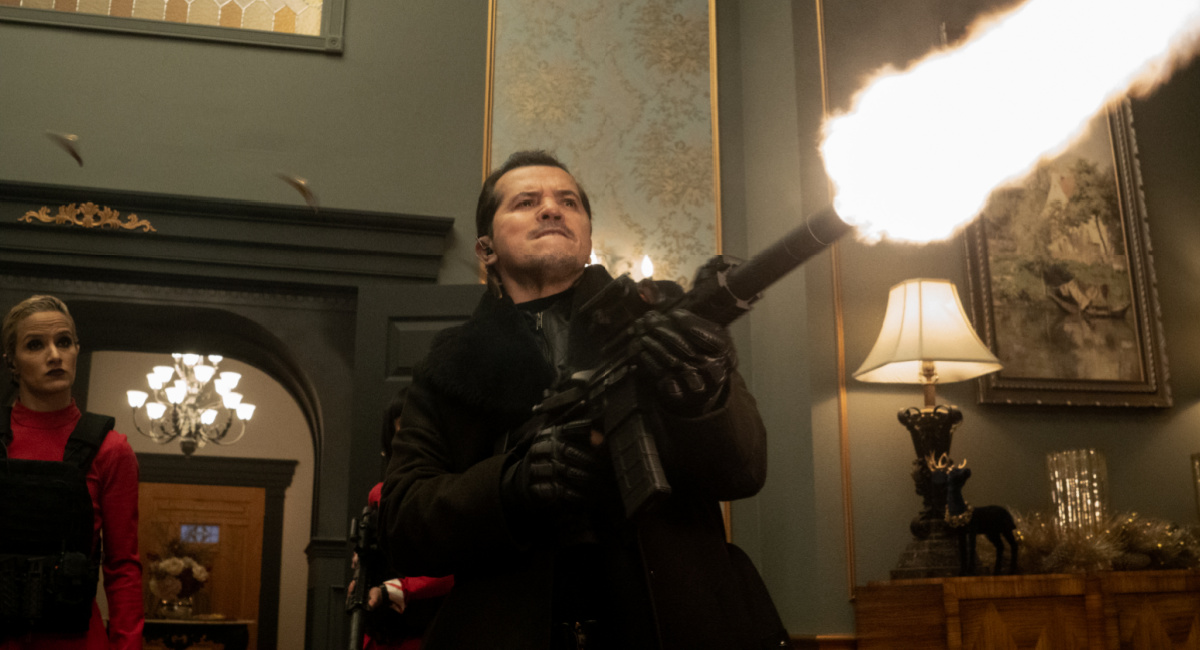 Plus the twists and turns are entirely predictable, leaving Santa as the main reason to keep watching. Wirkola has some fun with the situation, and the needle drops feature some more eclectic choices alongside the standards, it’s just disappointing that the movie doesn’t do more with what it has.

Yet like a slightly overdone gingerbread cookie, it still has its pleasures, mostly whenever Harbour is on screen. Or when a nativity scene is utilized to take out some villains in a way that would probably give the Pope a conniption fit.

It could certainly benefit from a little more of the Christmas magic that Santa keeps talking about, but ‘Violent Night’ is worth unwrapping at the cinema if you ever wondered what ‘John Wick’ at Yule would look like. 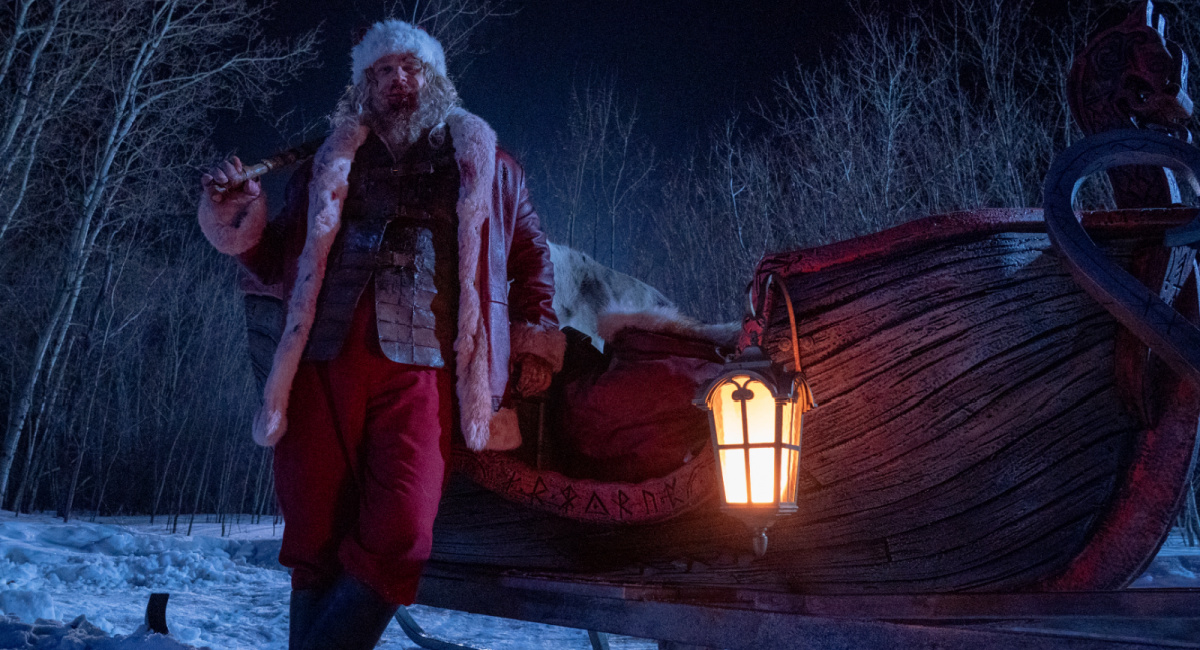 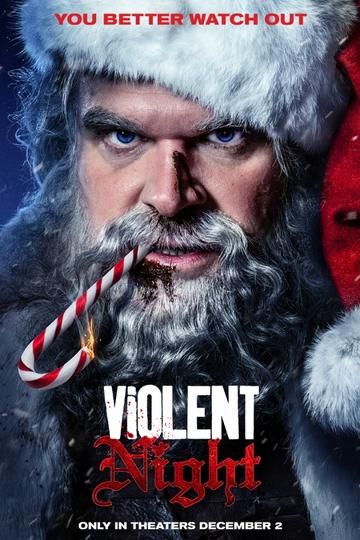