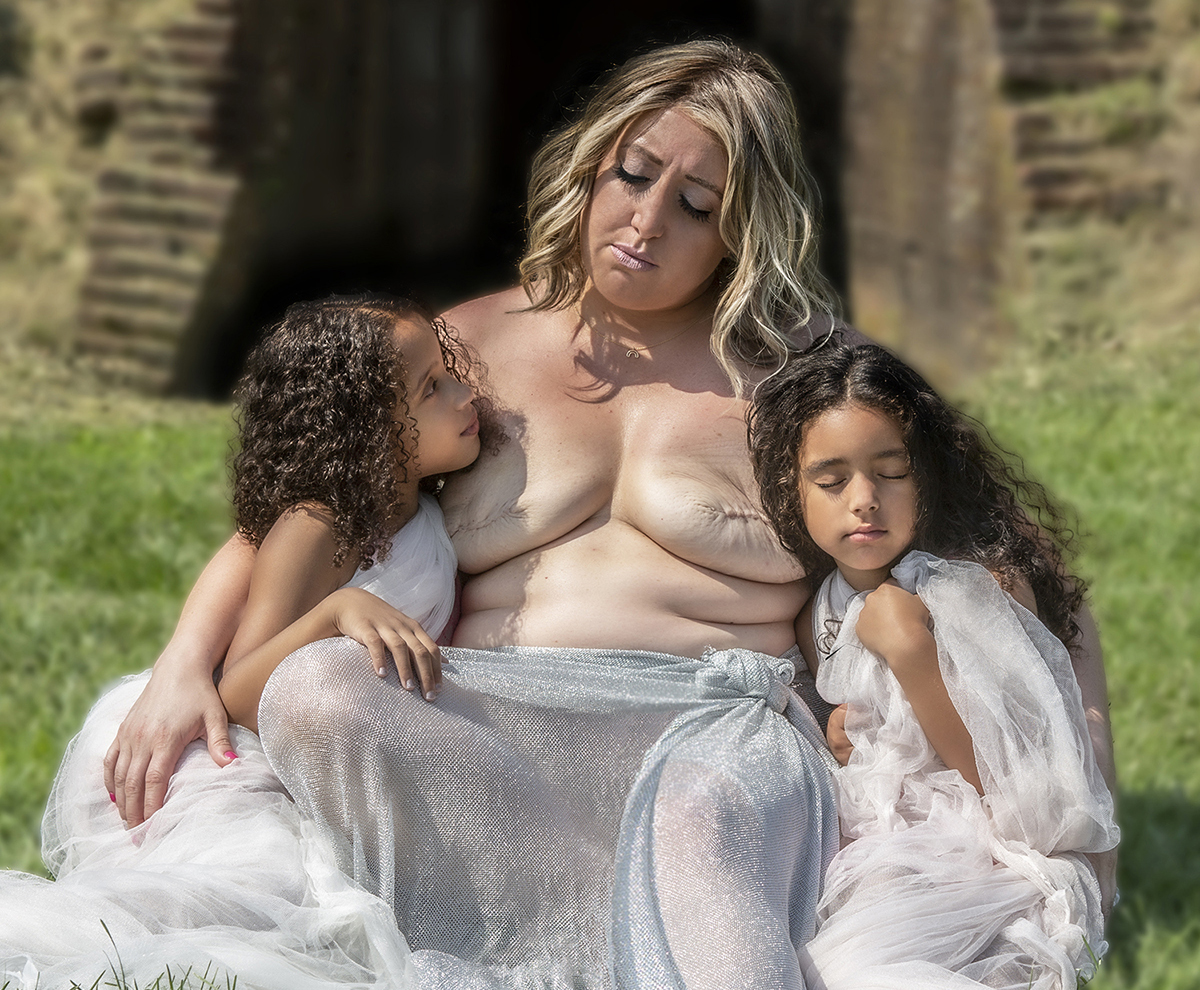 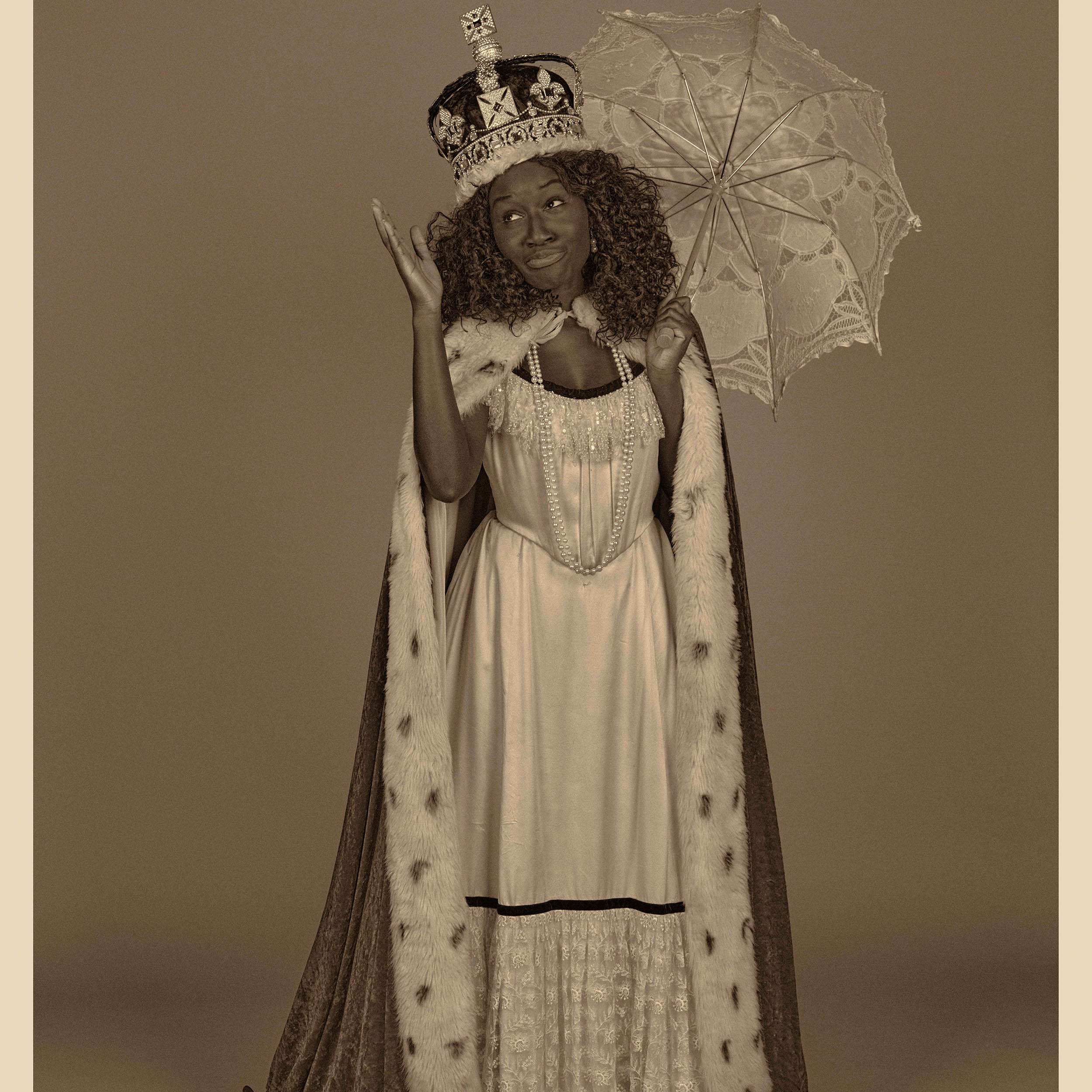 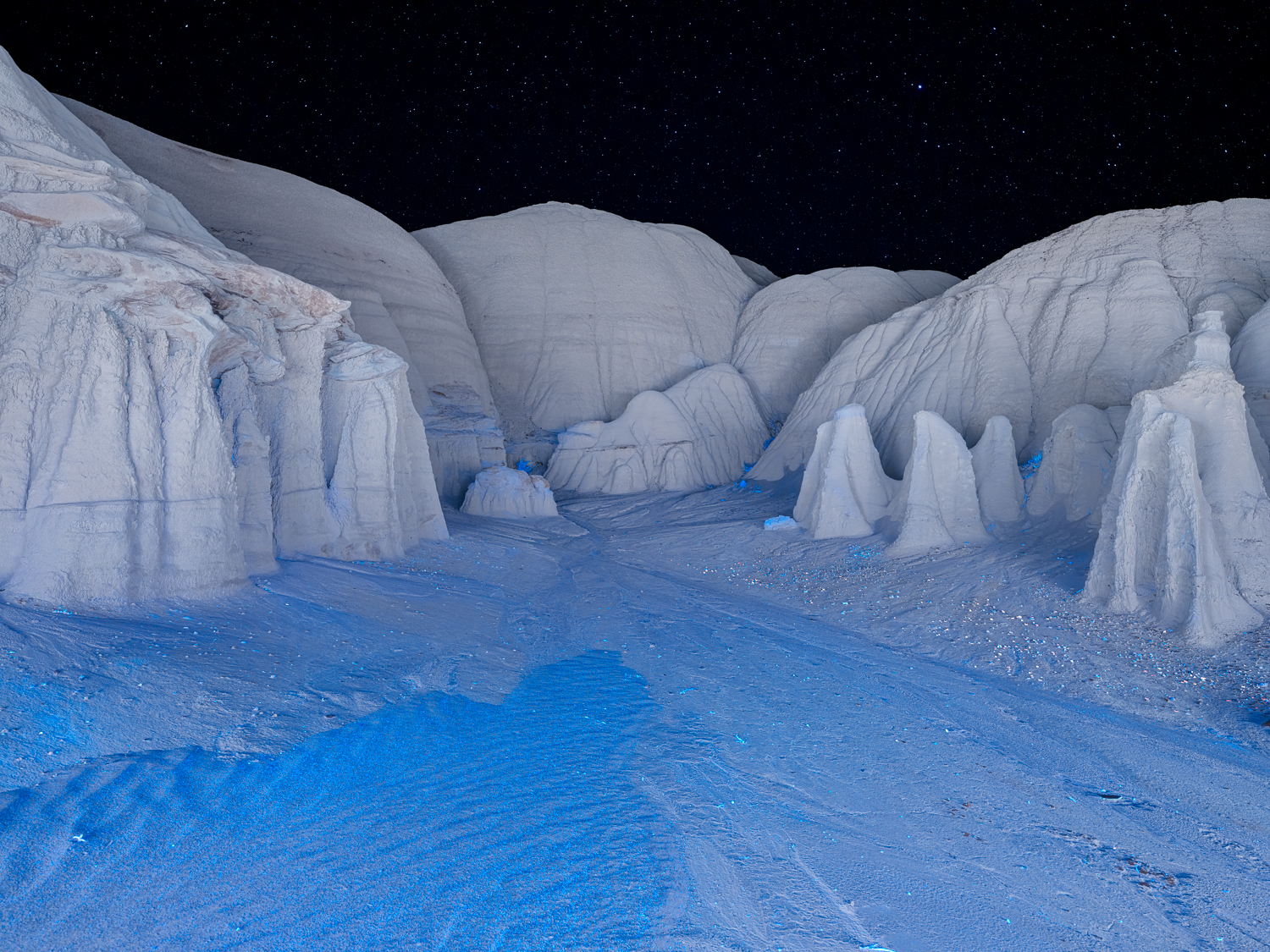 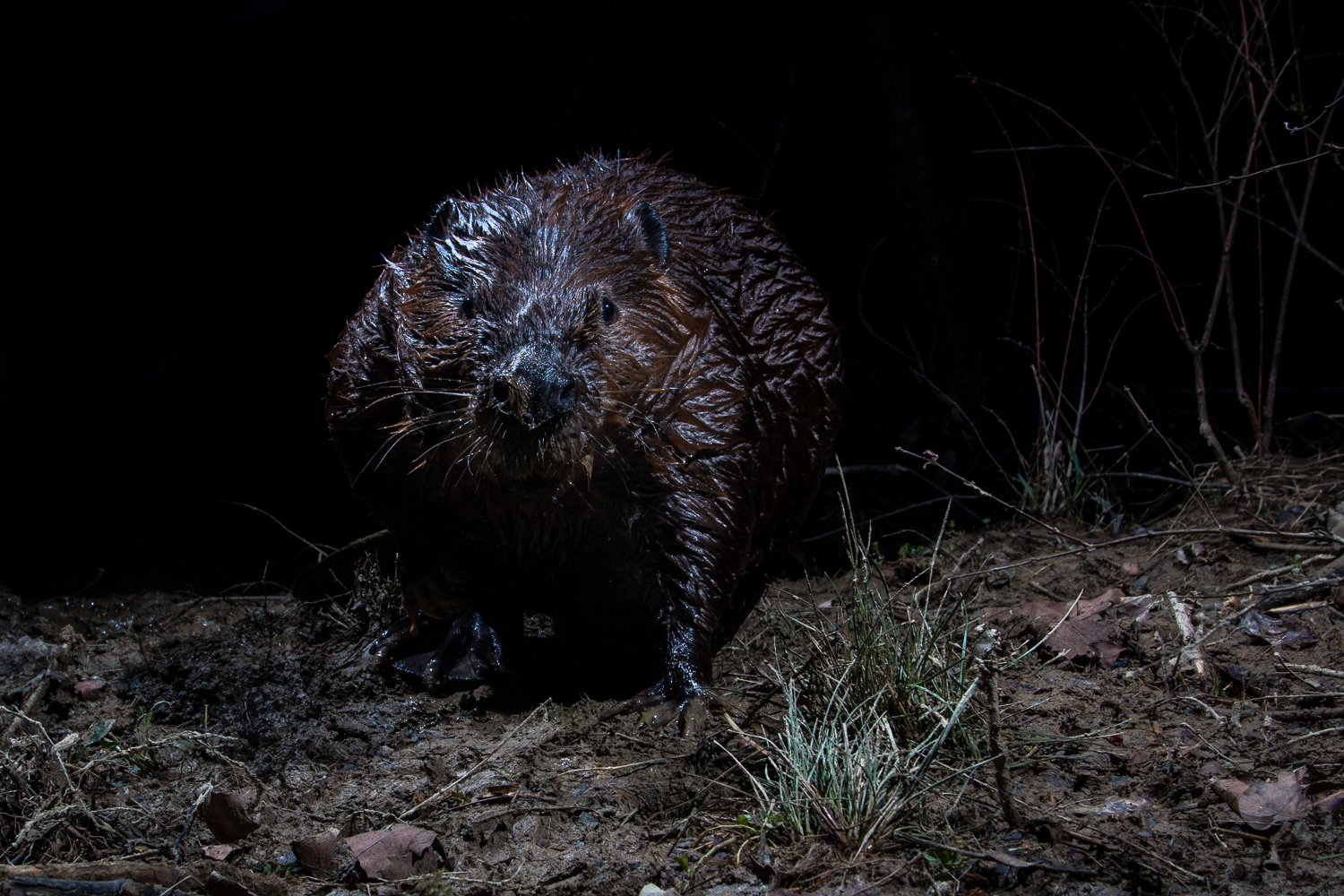 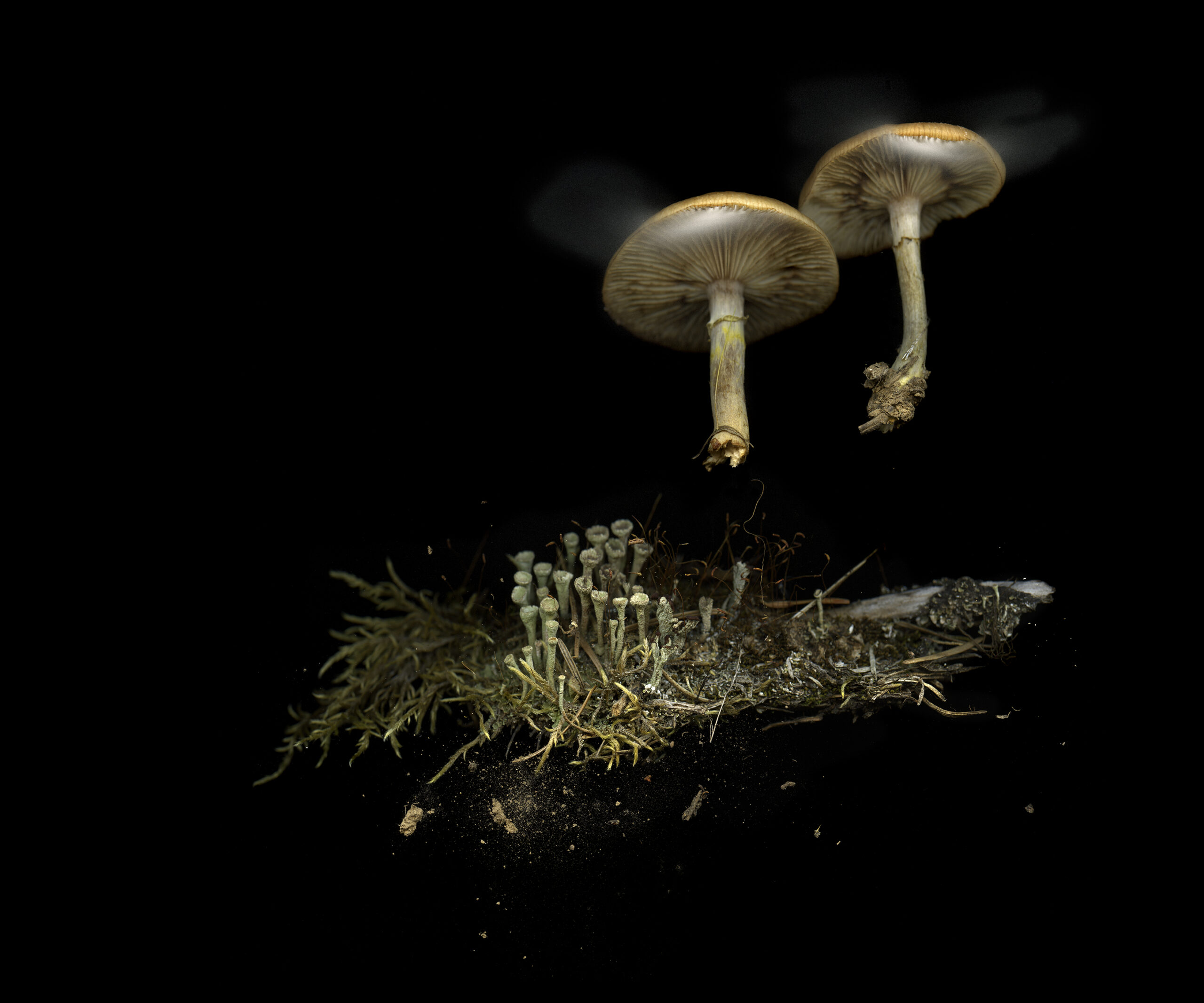 This Photographer Lives and Works Out of a Camper, Capturing Nature’s Wonders Before They Disappear – Feature Shoot 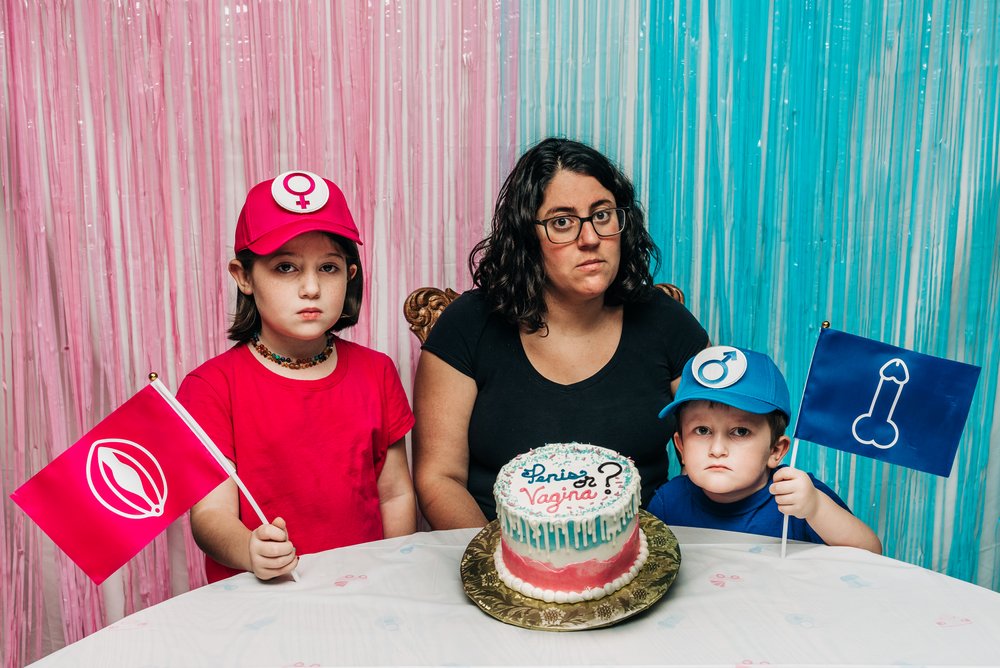 
About eight years ago, when the photographer Jena Love was pregnant with her first child, she joined a “Birth Month” group on Facebook, along with a few hundred other mothers-to-be who expected to welcome their kids at around the same time. It was a place to swap tips, get feedback, and offer support. It was also a place where people could share details about baby registries, parties, and nursery designs.

Scrolling through her feed, Love learned that she was expected to buy stuff—a lot of stuff. “All these other moms were saying these things were needed to have a baby, so I bought all the things because I felt I couldn’t have a baby without them,” she says now. She used some of them, but others just sat around, untouched. Early motherhood wasn’t what she’d expected: it wasn’t all fancy parties, pristine nurseries, and nice gifts. It was also sleepless nights, endless tasks, dirty diapers, and medical bills.

Since the arrival of her first child, the photographer has seen social media continue to influence our perception of who new moms are supposed to be, what they should do, and what they should buy. “Gender reveals, ‘must have’ lists, perfect pregnancy announcements, nursery designs, and Pinterest-inspired baby showers are posted everywhere,” she admits. “Once you look at one, the internet decides you need to see them all. Suddenly, all your ads and feeds are full of it. And then the more you look, the more you compare and fall into that rabbit hole of needing to keep up with those expectations.”

Composed of staged vignettes and candid still lives, The Absurdity of Pregnancy and Motherhood is her response to all of those unattainable expectations—and an unfiltered glimpse into the day-to-day realities of being a new mom. Love made the pictures at home, telling the fictionalized but real-life-inspired story of one woman—an everywoman figure, played by the artist herself. The series traces her experience, running from a pregnancy announcement through the first few months of motherhood.

These aren’t like any of the photographs Love saw on her Facebook group eight years ago. In many ways, they’re the exact opposite. But if they had been posted in that Facebook group, she might have felt less alone and overwhelmed. “I hoped that this portrayal would spark recognition among those who have bought into the stereotypes and consumerism of pregnancy and motherhood—that yes, they did these things too, and yes, it was ridiculous,” she tells me. “But they have no idea why, like me—other than they thought they had to.”

We asked her to tell us more about the project. Along the way, she also shared some behind-the-scenes memories from the making of the pictures.

Do you remember the first time (or one of the first times) you noticed the pressures, expectations, or assumptions placed on moms?

“I think, in general, the portrayal of motherhood in the media is really harmful. Typically you see two drastic sides of the spectrum: idealistic or toxic. When the reality of the actual everyday is in between all of that. Because some days I know I’m not doing my best; it’s not possible because of so many external factors.

“There’s such an absence of so many crucial needs that we—mothers—are set up for failure in so many ways: affordable health coverage, availability of healthcare providers that not only take your insurance, have accessible appointment times but also are truly vested in your care. Medical freedom and women’s health equity, paid maternity leave, child care assistance.

“Being present for your kids while also working full time, and then doing all the required life stuff like homework, dinner, baths, packing lunches, laundry, cleaning, etc. It all just leads to so much burnout and guilt that doing your best just has become surviving for a lot of us.”

How did these expectations influence your experience?

“Once I had my first baby, the reality of what I was experiencing became very clear, and it was not at all in inline with what I was expecting. I didn’t have a community to lean on for support or accessible resources. Part of that was situational but overall navigating a completely new life, for the most part on my own, was overwhelming and confusing. The messages I was seeing in society of how I should be feeling, how my house should look, what my baby should be doing, and what a ‘good’ mom did weren’t happening.”

Is this you in the photographs, or are you playing a character or archetype? Both? Neither?

“These are all self-portraits, so it’s physically me, but I am also portraying a character of the mother who is pointing out the absurdity that a stereotypical American mother exists within but maybe hasn’t put it together yet—though this character is definitely my personality as well.”

How did you come up with the ideas for the photographs?

“For the most part, these are staged images of either real moments that I have experienced at some point or satirical approaches to real moments I am exaggerating or have seen on social media. Most of these images were pretty ridiculous to set up and compose. Some I had to reshoot or rethink my approach.

“I honestly don’t even know how I not only came up with the ideas but how I had any energy to actually do any of this while still working full time and caring for my other kids. I had gestational diabetes this time, so I had to follow a low-carb diet, check my blood sugar levels three times a day and inject myself with insulin.  I was also considered ‘geriatric’ at 35 years old, so between that and the GD, I had between two to three doctor appointments a week.

Did your kids enjoy collaborating with you?

“My oldest daughter, who is seven, loves to help me. She helps me set up for shoots; she will be my stand-in for focus and settings, and sometimes she’s my shutter button pusher. My son isn’t as interested and luckily his default ‘I’m having to help with this picture’ face was exactly what I was wanting for the one image he’s in, Gender Reveal Party. I definitely couldn’t have made this project without my oldest or my husband. Despite me never actually explaining anything, they both were always willing to help me figure things out.”

Can you share a particularly memorable anecdote that inspired one of these images?

“Seats Not Taken comes from having a seat in every room to put the baby down or rotating the baby through different ‘stations’ when they get mad from being strapped into one for too long. But typically you never see all these seats in one room to consider how much physical space it all takes up in your life.

“The only time I ever had them in the same place before this picture was when they were taking up half my basement in between babies. My kids hated all these seats. I’d get maybe five minutes, and then I’d have to go pick them back up.”

How have other women and moms responded to the work?

“I’ve gotten a lot of great feedback from other moms. A lot have told me how much it resonated with them in that they have all the same stuff that no one is using. Or how much they have loved seeing a humorous take on pregnancy and motherhood. A lot of what is shown via social media and other photographers is either idealistic and beautiful or completely raw.

“But the entire experience of getting ready for a baby and then actually having one is absurd. The process of giving birth, though it is amazing what your body can do, it’s also full of a lot of gross, unmentionable parts—before, during, and after. The tiniest person in your house has the most stuff, costs the most, and takes up the most time to care for. All while we function on no sleep, sacrificing our self-care, comfort, and a lot of our identity. None of which means we don’t love our kids, though.”