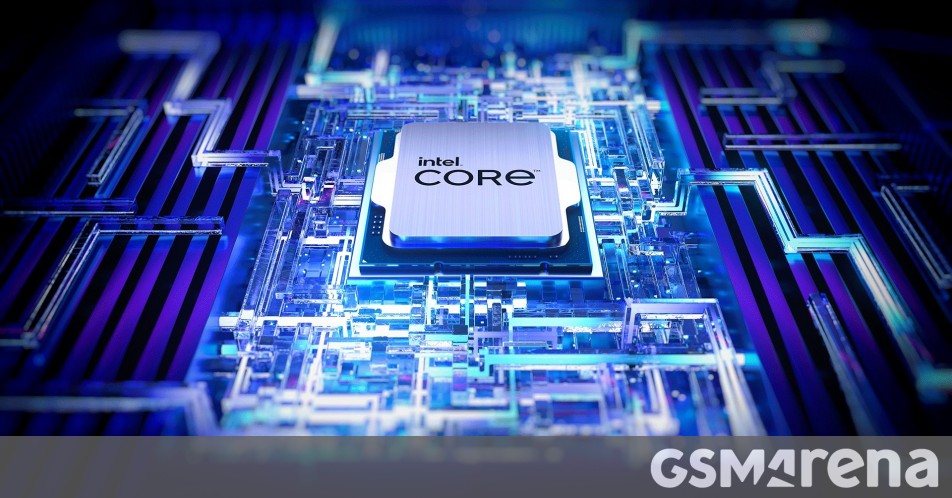 
Aside from new mobile processors, Intel has also launched a plethora of new desktop processor models as part of its 13th Gen range. Joining the existing six unlocked K-series models are sixteen new locked models, six of which are low power variants for OEMs.

Starting with the ten standard variants, we have the Core i9-13900 at the top, which maintains the core and thread count of the 13900K but drops the clocks across the board, with boost clocks dropping by up to 200MHz. The base clocks are also lower, which results in a lower 65W base power, although boost power is only down by 34W to 219W, so you will still need a beefy cooler if you plan on running at max turbo speeds. 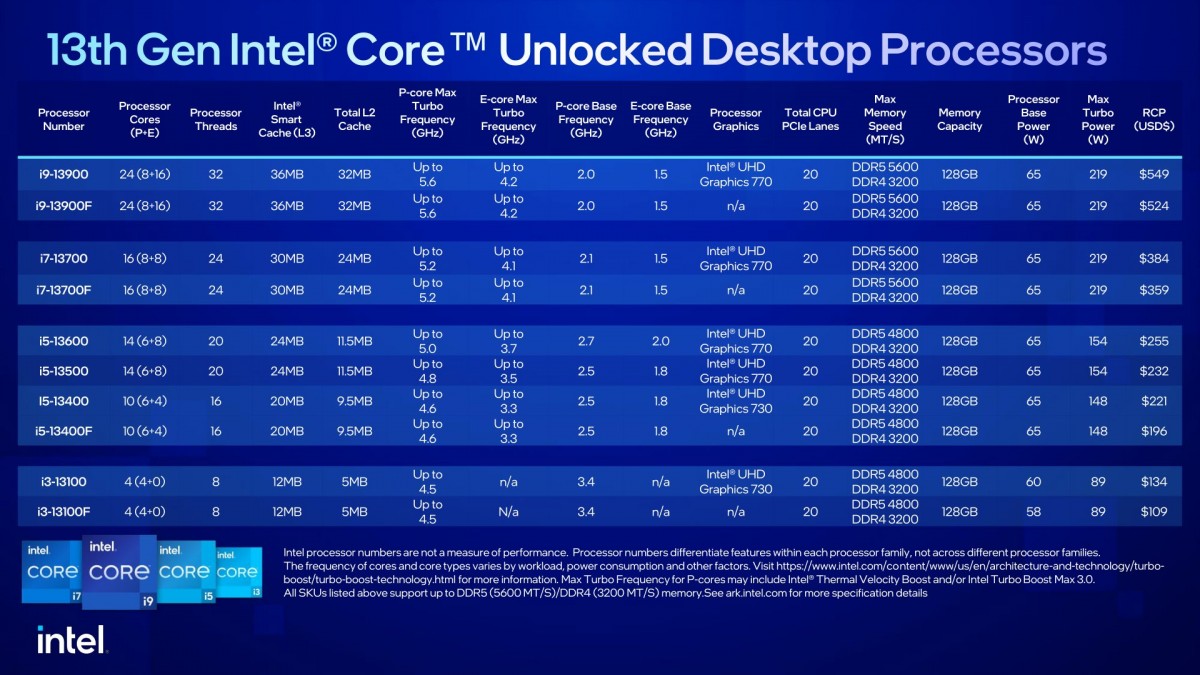 With the i5 and i3 models, things get a bit different. Even though these are branded as 13th Gen parts, they are essentially rebranded 12th Gen Alder Lake models. This means there is a lot of difference going on between the i5 and i3 models than just clock speeds.

The Core i5-13600, for example, has the same 14-cores, 20-threads as the 13600K, but these are not the same cores so even though the clocks speeds only drop by around 100-200MHz during turbo, the differences in actual performance would be a lot more. The L2 cache has also been lowered from 20MB to 11.5MB. The memory controller is also different, which means reduced bandwidth and a drop from DDR5 JEDEC timing of 5600MHz to 4800MHz of 12th Gen. On the upside, the power has dropped to 65W base and 154W during turbo.

Lastly, there is the i3-13100, which is really just the 12100 but with an overclock. The new model has 200MHz higher clocks but is otherwise identical.

Aside from the 13600 and the 13500, all other models also have an F variant, which lacks the integrated GPU. 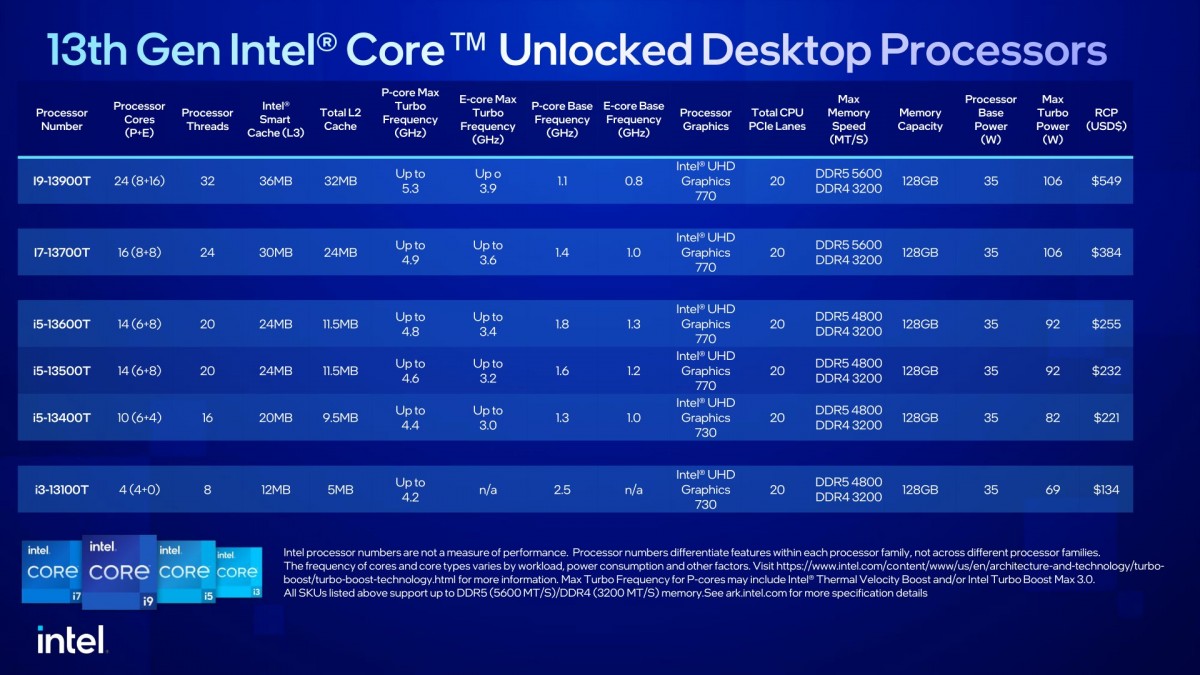 Then there are the T models, which are heavily down clocked variants designed to target a lower power draw, 35W at idle and only up to 106W for the top of the line 13900T under turbo. These parts are only meant for OEMs making pre-built systems and are otherwise not on sale for regular customers.

For pricing, we only have the RCP amount from Intel, which is per unit cost for every 1000 units that the retailer purchases. The actual cost is a bit higher but usually not by a lot. Overall, there are some interesting numbers in there, particularly the relatively small price gap between the 13500 and the 13400 despite the significant difference in specs between the two. The 13100F starting price is still great despite the relative lack of improvements over its predecessor, and the 13700F can still be a great all-round CPU for the price.