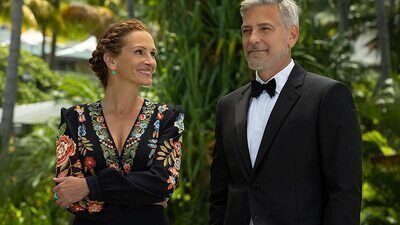 My friend Sergio Mims, a regular contributor to this site and a legend in the Chicago film scene, LOVED this movie. It makes me a little sad he wasn’t able to get his hands on this excellent Criterion release of it before he passed earlier this year. He would have adored the 4K transfer that makes this influential coming-of-age comedy from 1975 look brand new. A major hit at the box office on a minimal budget, it is undeniably one of the most important films of its era, a work that Spike Lee, John Singleton, and many others cited as formative for their careers. In 2021, it was included in the National Film Registry, a choice that I know made Sergio happy.

“House of the Dragon” Season One

The HBO prequel to “Game of Thrones” doesn’t seem to be sparking the same cultural passion as its predecessor, but it’s still a MASSIVE hit for the cable and streaming company. And it’s interesting to see Warner Bros. recognize that fans of these shows are often collectors too. I remember the early DVD releases of “Game of Thrones” being some of the absolute best in the history of TV on DVD, loaded with commentaries, special features, and details about the hit shows. Sadly, the first season of “House of the Dragon” doesn’t get quite that “loaded” treatment – just an hour of featurettes feels kind of slight given the legacy that this show is now a part of – but it does come home with a snazzy steelbook edition and 4K transfers of the episodes themselves, which isn’t happening for most new programs in the 2020s.