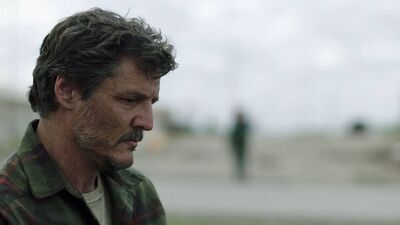 
Of course, while these “side quests” are fun, the show is always about Joel and Ellie, two characters that fans started to cast from the minute the game became a hit. The good news is that Pascal and Ramsey are perfect. The star of “The Mandalorian” portrays Joel as a flawed hero without melodrama, never leaning on some of the crutches that other actors would have used for this performance. It’s a nuanced turn that balances trauma, cynicism, and the character’s emerging hope in a way that always feels true. A show like this doesn’t work without relatable human emotion in its center. Not only does Pascal find that but so does future star Ramsey, a performer who reminds me of a young Jodie Foster in her raw, in-the-moment truth. We believe Joel and Ellie are actually experiencing the events of “The Last of Us” as they unfold, even when us gamers know what’s going to happen, and that’s so essential to its success.

In terms of storytelling and design, the show will be very familiar to gamers, almost too much at times. There are visuals pulled directly from the game and even the excellent, Western-inspired score by Gustavo Santaolalla will be familiar. I wanted a bit more of the ambition of chapters three and five, episodes that will stand among the best of the season not because they directly follow the template of something that came before but because they build on it and shift it. I wanted a little more building, and the show feels like it rushes the final two episodes in a way that made me wonder if that’s where most of the compression happened when it lost a chapter from the initial ten episodes that Mazin said would happen back in July 2021.

These are minor complaints for a major event series, one that feels likely to satisfy anyone interested in this kind of raw, post-apocalyptic storytelling. Video game adaptations have often faltered because they didn’t take their source material seriously on a narrative level. They tried to replicate the “fun” of a video game on the big screen, and, more often than not, fell on their face. Druckmann and Mazin don’t seek to replicate what it’s like to play a video game; they seek to transport viewers to its world for nine episodes, allowing them to get lost in a story that’s undeniably brutal and heartbreaking, but also offers hope for what comes next. In many ways, it’s a perfect story for where we are in 2023, picking up the pieces of the last few years and finding what’s important to us again.