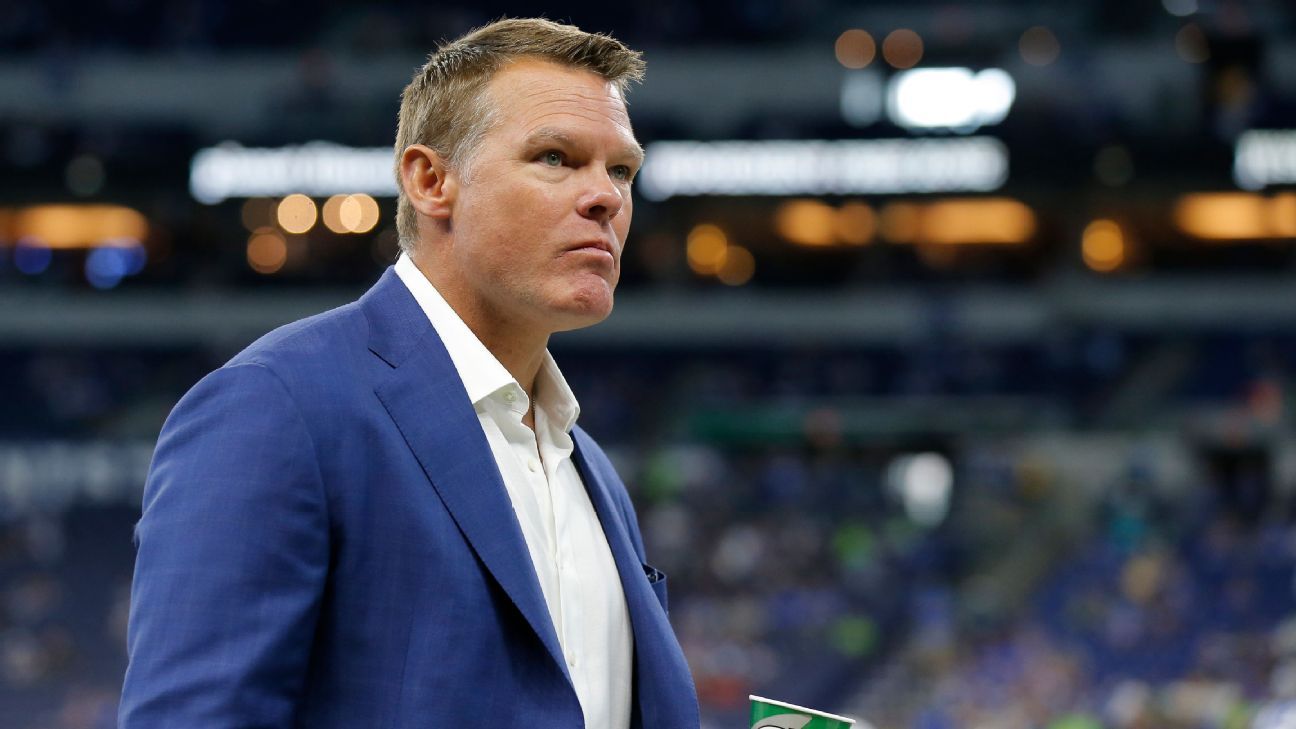 INDIANAPOLIS — Colts general manager Chris Ballard, admitting he “failed” by taking a flawed approach to the 2022 season, laid out a plan Tuesday that includes considering Jeff Saturday as a candidate in the team’s coaching search and displayed a willingness to trade up to the first pick in the NFL draft to solve the team’s yearslong quarterback quandary.

In discussing the most disappointing season in his six-year tenure, Ballard acknowledged mounting criticism of his decisions and publicly reckoned with the significant challenges facing the Colts (4-12-1).

“I failed,” Ballard said. “I’m not going to sit up here and make excuses. I failed a lot of people.”

Among the chief reasons for the Colts’ struggles, which led to the firing of former coach Frank Reich in November, has been the team’s approach to the quarterback position, Ballard said. The Colts have had different starting QBs to open each of the past five seasons, and the team had three different quarterbacks — Matt Ryan, Sam Ehlinger and Nick Foles — start games in 2022.

“Looking back on it, when you’re changing quarterbacks every year, it’s tough,” Ballard said. “It’s tough on everybody. It’s tough on the team. Not getting that position settled has a little something to do with [the team’s predicament].”

The Colts, who hold the No. 4 pick in April’s NFL draft, are widely expected to select a quarterback. Asked directly whether he was willing to be aggressive, perhaps even trading up to No. 1, Ballard didn’t flinch.

“I’ll do whatever it takes,” said Ballard, who in the past has expressed some reluctance to invest in a rookie quarterback. “If we thought there’s a player that we’re driven to get that makes the franchise and the team better, that’s what we would do.

“We understand the importance of the position. To get one that you can win with and to be right is the most important thing — not if we take one or not. It’s being right.”

Ballard pinpointed other mistakes that undermined the team, such as his ill-fated moves at left tackle that resulted in a revolving door at one of the team’s most critical positions.

“You get a vet quarterback and, well, here’s the expectation: We’re going to the Super Bowl,” Ballard said. “… Well, there was holes in there, and our job is to fix those holes.”

There has been much speculation about Ballard’s level of authority, given owner Jim Irsay’s recent exercise of his own power in decision-making.

On that subject, Ballard publicly acknowledged for the first time that he was not in agreement with Irsay on the decision to install Saturday as the team’s interim coach after Reich’s firing. Other specific internal candidates were not discussed, Ballard said. “It never really got to that point,” Ballard said.

At the time, Saturday was an ESPN analyst with a part-time role as a Colts consultant. The Colts’ former All-Pro center had no coaching experience in college or the NFL when he was hired.

“This is unprecedented, and we’re putting him into a really tough situation here,” Ballard recalled telling Irsay.

Still, after going 1-7 and suffering multiple losses in historic fashion, Saturday is a candidate in the team’s coaching search, as expected, Ballard confirmed.

Ballard also addressed the perception that Irsay has denied him the ability to make consequential decisions, which would be a significant departure from the past.

“Mr. Irsay lets me do my job,” Ballard said. “He’s a good man and a good owner, and he has a lot of experience in this league, and we talk about everything.

“We don’t always agree. If we’re agreeing all the time, I’m not doing my job.”

“[Saturday’s] leg up is that he knows the internal workings and he’s been able to see the inside of what he wants to fix,” Ballard said. “But we will have a process that will be equal for everybody.”

Even after a season that included the firing of Reich and offensive coordinator Marcus Brady and quarterback machinations that included benching Ryan twice, Ballard was adamant that the Colts aren’t far away.