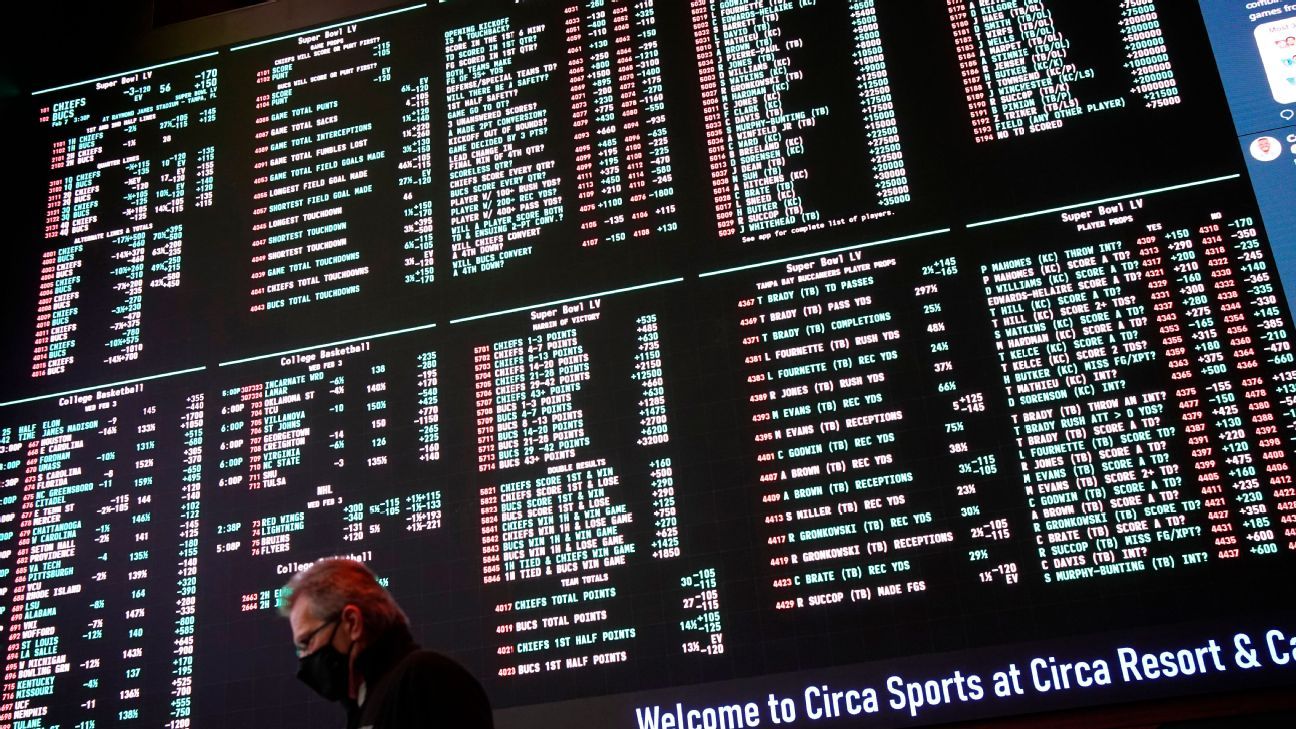 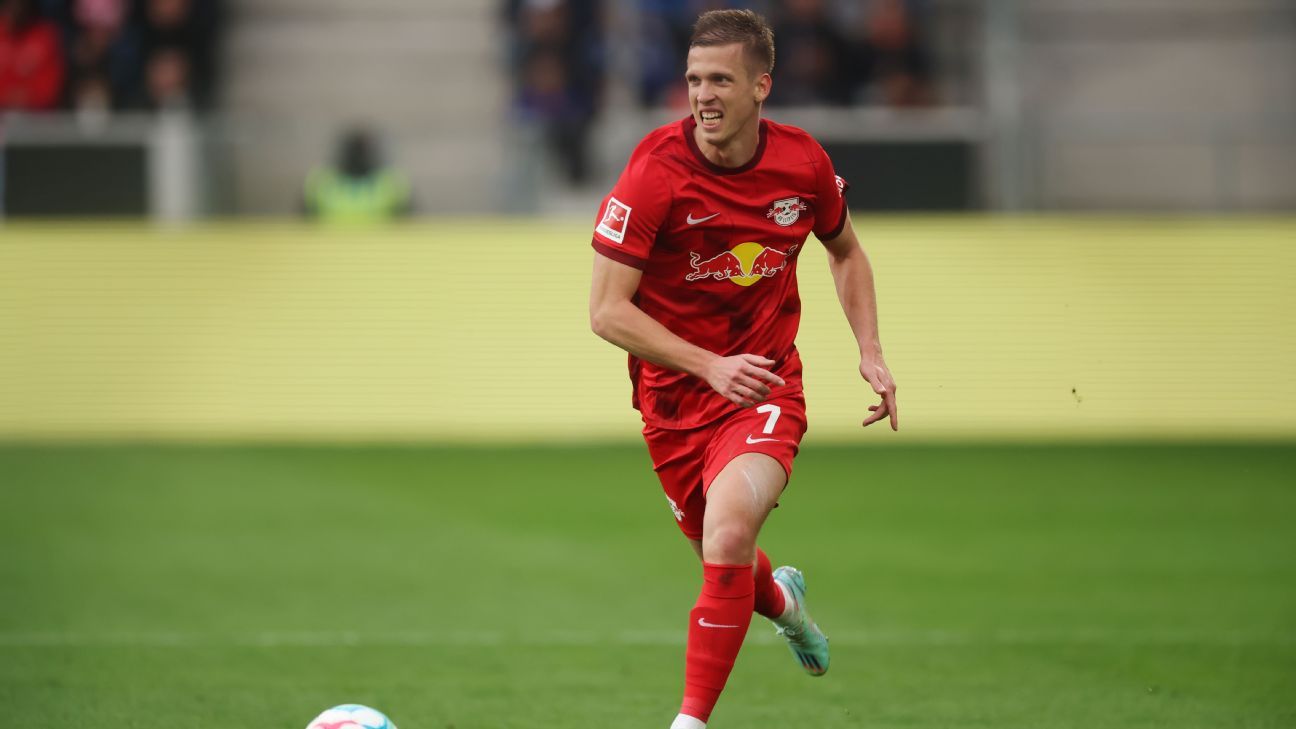 Chelsea have been linked with RB Leipzig midfielder Dani Olmo, according to the Daily Mail.

Spain international Olmo, 24, is believed to be a target should the Blues fail to beat Arsenal to the signature of Shakhtar Donetsk winger Mykhailo Mudryk. Olmo has also been linked with Manchester United.

Mudryk’s future is still in the balance, and while Chelsea are hoping to beat the Gunners to his signature, they’re making contingency plans in case he eventually heads to the Emirates Stadium or stays at Donetsk.

Chelsea have already signed several players this window, including David Datro Fofana, Andrey Santos and Benoit Badiashile, and sources have told ESPN that they are also eyeing Marcus Thuram.

13.29 GMT: Manchester United are interested in signing Wout Weghorst on a short-term deal until the end of the season, sources have told ESPN’s Rob Dawson and Mark Ogden.

Weghorst is currently on loan at Turkish side Besiktas from Burnley and would have to be recalled before any potential move to Old Trafford. Sources have told ESPN that United have held discussions with Burnley and Weghorst is keen on the transfer if terms can be agreed.

The 30-year-old scored two Premier League goals for Burnley last season but has scored eight times in 17 appearances for Besiktas this term. He also scored twice for Netherlands in their dramatic World Cup quarterfinal against Argentina before Louis van Gaal’s side went out on penalties.

Weghorst appeared to wave goodbye to Besiktas supporters after scoring in a 2-1 win over Kasimpasa on Saturday.

United are looking to sign a striker in the January transfer window following the departure of Cristiano Ronaldo. The club are only looking at low cost deals after a larger than expected transfer spend last summer and have considered targets including Memphis Depay, Alvaro Morata, Joao Felix and Vincent Aboubakar.

12.35 GMT: Randal Kolo Muani is attracting interest from many Premier League clubs including Man United and Chelsea, sources have told ESPN’s Julien Laurens, but the France striker is keen on finishing the season with Eintracht Frankfurt before assessing his options in the summer.

The German club, who will face Napoli in the Champions League round of 16, want to keep the 24-year-old for the remainder of this campaign before perhaps allowing him to leave in the summer if a suitable offer is received. Their desired transfer fee for the Parisian, who arrived on a free transfer last summer from Nantes, is likely to be up to €90m as he will still have four years left on his contract and, sources have told ESPN, doesn’t have a release clause.

Kolo Muani’s excellent World Cup, on the back of a strong club season so far (22 games, eight goals and 10 assists in all competitions), have alerted some top clubs. At 24, he is a late bloomer, having not gone through an academy and only making his Ligue 1 debut two years ago.

However, Kolo Muani is happy and settled in the Bundesliga, and it would be his preference for his next club to be in the same league. If Frankfurt are back in the Champions League next season, he would not be against staying, but Bayern Munich, who are still looking for a long-term replacement for Robert Lewandowski, and Borussia Dortmund, who are yet to commit Youssoufa Moukoko to a contract beyond the end of the season, are also admirers of the forward.

11.42 GMT: Brentford manager Thomas Frank says he hopes that Romeo Beckham can make his way into the Bees’ first-team squad after signing for the club’s B team.

Beckham, son of former England captain, David, had been training with the Premier League club’s reserve side for the past three months in order to keep fit following the conclusion of Inter Miami II’s season in MLS Next Pro. Last week, it was announced that the 20-year-old had officially signed on loan until the end of the season.

“Yeah, I’ve seen him,” Frank told reporters ahead of Saturday’s 1-0 loss to West Ham (stream the replay on ESPN+ in the U.S.). “I think he’s an interesting player. We hope, of course, like a lot of others that he can make it to the first team.

“Yeah, [he is] promising. Anyone who has got a contract here — be it a permanent deal or loan deal — there is always the opportunity to stay, of course.’

10.46 GMT: Atletico Madrid want a £9.5m loan fee from any Premier League club interested in forward Joao Felix and an obligation to make the deal permanent for £70.5m, according to the Daily Mirror.

Sources told ESPN’s Alex Kirkland and Rodrigo Faez last month that Felix is one of several players made available for transfer by Atletico in January as the LaLiga club look to balance their books by moving on between three and five players.

Manchester United and Arsenal are two English clubs who have been linked with interest in the 23-year-old.

Felix joined Atletico from Benfica for €127m in July 2019 as one of the most highly rated teenagers in European football, intended as a replacement for the Barcelona-bound Antoine Griezmann.

The Portugal international has struggled to make a consistent impact at the Metropolitano stadium. However, sources told ESPN that club executives and coach Diego Simeone still believed that he would go on to become a world-class star and would like to give him another chance to do so at Atletico, but would now be willing to listen to offers.

09.53 GMT: Brighton & Hove Albion manager Roberto De Zerbi has explained his decision to drop Leandro Trossard, who has been linked with interest from Chelsea and Newcastle United.

Trossard was not named in the squad for Saturday’s 5-1 FA Cup win at Middlesbrough (stream the replay on ESPN+ in the U.S.). After the match, De Zerbi was asked if speculation about the Belgium international’s future was affecting him.

“I’d like to always play with Leo in the first eleven, but it doesn’t depend only on me, it depends on Leo.

“I don’t know, but with me I want players that work for the team on the pitch and Leandro knows very well my opinion, my idea. I’ve spoken a lot of times with him.

“I like him as a player, but I want more from him, because he can play better, he can work harder, he can run more on the pitch and I want players who give 100% in every training session and every game.

“Without these characteristics, then they can’t play with me.”

The 22-year-old right-back signed from Middlesbrough last summer for £19m but has made just five substitute appearances across all competitions, totalling 32 minutes this season. Although Spence is determined to make a success of his move to north London, there is a recognition on all sides that he needs to play more, with Spurs head coach Antonio Conte preferring Matt Doherty and Emerson Royal in that defensive role.

Sources have told ESPN that Spence has attracted interest from at least four Premier League clubs, plus Bayer Leverkusen in Germany, among various alternatives. However, no agreement with any club is close as of now, and Spence will assess his options now the January window is open.

An injury to Doherty or Royal could force a rethink. but as things stand, Spurs are ready to allow Spence to leave on a temporary basis.

Reports suggesting Royal could leave the club this month are thought to be wide of the mark at this stage, and one source with close connections to Tottenham has played down speculation of an imminent move for Sporting CP right-back Pedro Porro, who would cost around £40m.

Spence was again named among the substitutes for Saturday’s FA Cup tie against Portsmouth, coming off the bench in the final 15 minutes of the 1-0 win (stream the replay on ESPN+ in the U.S.)

– Borussia Dortmund forward Jayden Braaf could leave the German club on loan in order to get more game time, reports Fabrizio Romano. The 20-year-old Dutch forward joined Dortmund from Manchester City in July 2022, and he boasts quick feet and electric pace. However, after picking up just seven appearances this season, both he and the club are keen for him to get more experience elsewhere, with a number of clubs interested in him.

– Borussia Dortmund star Marco Reus is out of contract at the end of the season, and he’s subsequently become the latest target for Saudi side Al Nassr, according to the Cristiano Ronaldo with more marquee names, and Reus, 33, is said to be considering his future. The Saudi side have also attempted to enter talks with Real Madrid‘s Luka Modric and Paris Saint-Germain‘s Sergio Ramos.

– Aston Villa will need to increase their offer for Alex Moreno if they are to land the defender from Real Betis in this transfer window, according to Mundo Deportivo. Aston are keen to improve the left side of their defence and believe Moreno — who was close to joining Nottingham Forest in August — will provide the necessary upgrade in quality.

– Leeds United are battling Everton and Brentford to the signature of Coventry City striker Viktor Gyokeres, according to Teamtalk. Leeds manager Jesse Marsch is looking for further reinforcements beyond the signing of defender Maximilian Wober from RB Leipzig. Swedish striker Gyokeres has scored 12 goals in 25 appearances this season, with Coventry placing a £18m transfer valuation on the 24-year-old. Leeds officials believe there is room for movement in that figure, and are prepared to spend nearer £14m.