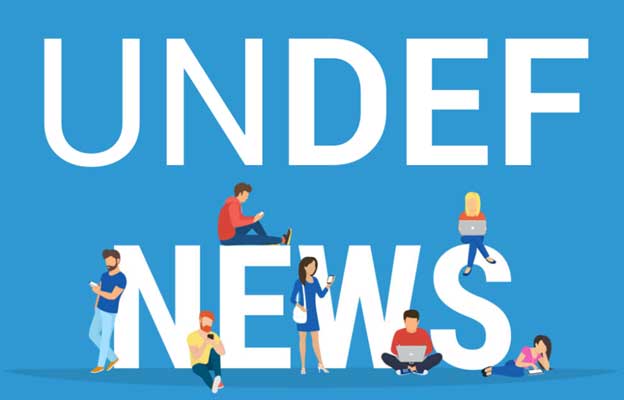 KATHMANDU, Nepal, Jan 06 (IPS) – The UN Democracy Fund, also known as UNDEF, is an interesting tool but it is too small and lacking resources to mark a difference.

How can the UN do a better job at promoting democracy? This is a key question that high-ranking policy makers at the UN should ask themselves.

UNDEF was created by UN Secretary-General Kofi A. Annan in 2005 as a United Nations General Trust Fund to support democratization efforts around the world. It was welcomed by the General Assembly in the Outcome Document of the 2005 World Summit (A/RES/60/1, paragraphs 136-137)PDF. UNDEF funds projects that empower civil society, promote human rights, and encourage the participation of all groups in democratic processes.

The large majority of UNDEF funds go to local civil society organizations. In this way, UNDEF plays a novel and unique role in complementing the UN’s other, more traditional work — the work with Governments — to strengthen democratic governance around the world. UNDEF subsists entirely on voluntary contributions from Governments; in 2021, it reached almost 220 million dollars in contributions and counts more than 45 countries as donors, including many middle- and low-income States in Africa, Asia and Latin America. In 15 Rounds of Funding so far, UNDEF has supported over 880 two-year projects in more than 130 countries.

It is a subject that makes many uncomfortable because democracy still remains a contested topic within the UN due to the resistance by some of its member states which have not adopted standard democratic practices in their way of governing.

Yet, it is worthy for the UN to try to play a bigger role in its promotion as democracy itself is too important an issue to be neglected despite the high sensitiveness around it.

If you think well, it is almost a miracle that the UN is celebrating International Day of Democracy that falls every year on the 15 of September.

It is, without questions, one of the most undeterred and less prominent celebrations endorsed by the UN and the lack of visibility of the day might not be a mere coincidence. Finding ways and tools to elevate democracy at the UN is a conundrum that is hard to untangle.

For example, how can the UN Democracy Fund also known as UNDEF be more effective and more inclusive?

UNDEF is one of the most flexible programs promoted by the UN and probably one of the best, if not the most suitable to reach out members of the civil society that often are working in dire conditions under dire legislative and regulatory environments and, consequentially, are starving for funding.

From gender empowerment in politics to press freedom to dialogues about democracy and fights against corruption, we have a program that could do wonders if expanded and enhanced.

UNDEF recently closed its annual round of applications (its 17th since its foundation) and once again as every year, it gained some spotlights before returning to the shadows of international development.

While its application process is relative straightforward for being a UN program, its review process is overly complicated and based on multiple vetting layers that, at least apparently, seem to be overlapping each other and unnecessary.

Yet, even when a project is selected, the most difficult part comes when, as the web site of UNDAF explains, “shortlisted applicants are now required to complete the final stage of the selection process: negotiating a formal project document with UNDEF. Only upon successful conclusion of this process will the project be approved for funding”.

This last procedure is simply unhelpful and certainly does not make life easier for any organization that gets selected.

Perhaps such a complex governance structure exemplifies the exceptionality of the UNDAF that, it is important to note, is not embedded in any official programs nor is led by any UN agency but it is rather something on its own standing.

It’s autonomy is not itself a negative factor, actually it can even bring more effectiveness by leveraging its nimbleness but only if this approach comes with intention and an overall purpose to allow it to be more agile and independent.

Instead, I am afraid the way UNDAF is run just the result of a difficult environment, a sort of expedient that allows to “manage” something strategically meaningful but that, at the same time, is also something that is seen critically by those members of the UN that have not embraced democracy as their system of government.

The fact that the fund and the money it manages is just a drop in the ocean might confirm the latter option. According to its web site, UNDEF “receives an average of about 2,000-3,000 proposals a year and only some 50 are selected”.

It is not surprising that only 7 full staff are managing the entire fund with the precious support of an equal number of interns.

Moreover, the UN should also not shy away from supporting innovative practices in the field of democracy. For example, it should embrace deliberative democracy or any other forms of bottom- up policing aimed at giving a voice and, importantly, an agency to the citizens.

It is certainly something less controversial than liberal democracy that is put in question by countries like China.

Indeed, even a country like China with its one-party system of governance has in the past (especially in the pre-President Xi’s era) embraced, at least partially, bottom-up participation through deliberation.

One way for the UN to play a bigger role in supporting democratic practices is to champion them from the angle of good governance and deliberative practices can be very useful on this regard. This was the main task assumed in the past by the UNDP.

What is this program, one of the biggest and most resourceful, doing at the moment to advance democracy? What are its plans for the future?

In its attempt to enable transformative changes across all the SDGs, something that as the UNDP also points out, requires structural transformations, there is the risk to lose the focus on good governance, once a strength of the program.

In its new Strategic Plan 2022-2025, governance is one of the six so called “Signature Solutions” and it is at the center of holistic, whole of the government “systems approach” that is supposed to ensure structural changes.

Still. if you read the definition of governance in the plan, you might wonder how important democracy and human rights are.

This is a definition that might come from the blueprint of a top global consultancies that has to do business with autocratic regimes rather than the “formula” to promote true democratic change.

It is not, therefore surprising that in the entire document, the word “democracy” does not appear even one. Unsurprisingly UNDP almost never runs civil society or democracy enhancing funding directly benefiting local grassroots organizations.

Perhaps only the UNDP Governance Centre in Oslo, currently in search of a new strategic direction, could help its “parent” organization to re-discover an interest on democracy.

Another key agent within the UN system for the promotion of democracy via the strengthening of human rights is, obviously, the Office of the United Nations High Commissioner on Human Rights.

The new High Commissioner, Volker Türk, a veteran of the UN and a national of Austria, initially was thought to be the unassuming candidate that would not make much noise in the international community.

Instead from his initial statements, Türk is taking head on some of the most controversial and sensitive and yet very important files.

Perhaps, OHCHR as the organization is known, could take a very important role in working more directly with the civil society to advance human rights and with them, democracy.

UNDAF’s role and mandate could be boosted and supported through a strategic partnership with OHCHR or even through multi-funding arrangements from other agencies and programs within the UN system.

Let’s not forget that it was then UN Secretary-General Kofi A. Annan that back in 2005 came up with the idea of a special thematic fund promoting democracy.

The fund remains within the mandate of the current Secretary General, Antonio Guterres who leads the Advisory Board of the UNDAF.

Guterres should explore all the options to strengthen UNDAF as currently it is structured, a United Nations General Trust Fund but with much broader resources or as a standing alone entity something that hardly can materialize.

Paragraphs 135 and 136 of UNGA Resolution 60/1. 2005 “World Summit Outcome” welcoming the creation of UNDAF, reinforce its rationale:

“Democracy is a universal value based on the freely expressed will of people to determine their own political, economic, social and cultural systems and their full participation in all aspects of their lives”.

Surely, UNDAF should complement and reinforce the work of UNDP and OHCHR as it explained in its TOR.

What at the end can make the difference can be the willpower and commitment of Guterres to include democracy in his ambitious reform agenda of the United Nations.

The writer is the co-Founder of ENGAGE, a not-for-profit NGO in Nepal. He writes on volunteerism, social inclusion, youth development and regional integration as an engine to improve people’s lives.

Can the UN do a Better Job with Democracy?, Inter Press Service, Friday, January 06, 2023 (posted by Global Issues)