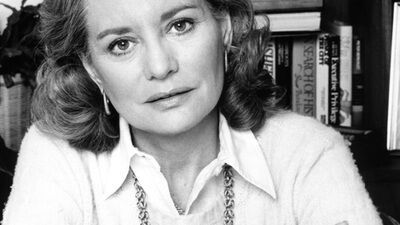 
Barbara Walters grew up in the glamorous-adjacent world of Lou Walters, the man she described in her memoir as “my brilliant and mercurial impresario of a father.” Lou Walters was an agent going back to the days of vaudeville, the son of Eastern European Jewish immigrants who came to the United States at age 15. His clients included the radio star Fred Allen and “The Wizard of Oz” tin man, Jack Haley. So, his daughter was always comfortable around celebrities.

Lou Walters made and lost several fortunes as the economics of the country in general and show business in particular shifted. Jackie, Barbara’s only sister, was cognitively impaired. This instability and knowing that she would always be responsible for her sister bolstered her resolve to succeed in an era when it was unusual and widely frowned upon for women to want to have the kind of careers usually reserved for men. She described herself as “a sad and serious little girl.”

She initially planned to call her memoir, Sister, because of the impact Jackie had on her life, and because in the memoir she was for the first time open about her conflicted feelings of love, shame, and responsibility. But she ultimately called it Audition, seemingly an odd choice for someone with an astonishing record of achievement. It is an indication of what impelled her. She never felt that she had arrived, that she was done. “Much of the need I had to prove myself, to achieve, to provide, to protect, can be traced to my feelings about Jackie….As I look back,” she wrote, “it feels to me that my life has been one long audition—an attempt to make a difference and be accepted.” Tellingly, she named her only daughter Jacqueline, after her sister.

Barbara referred to her predecessors as “Today Girls” as “tea-pourers,” whose “major requirement on the Today show was to look wide awake and pretty at 7:00 am … In that ‘don’t worry your pretty little head’ era the popular culture on television mirrored the sweet and subservient image of the good wife; it did not include women who were doing anything with their brains.”  She was the one who changed that, in part, she acknowledged, because she came along at the right time.

But she helped to make it the right time. When her co-host, Frank McGee, refused to allow her to ask questions of interview subjects, finally agreeing that after he asked four, she could ask one, she came up with a way around it. His rule applied only to interviews in the studio. If she found her own interview subjects and filmed them outside the studio, she could do it any way she wanted. Those interviews took audiences into the subjects’ homes and workplaces. After McGee’s death, she finally became the official co-host, leading to women co-hosts on every morning show. She considered that one of her most significant legacies.