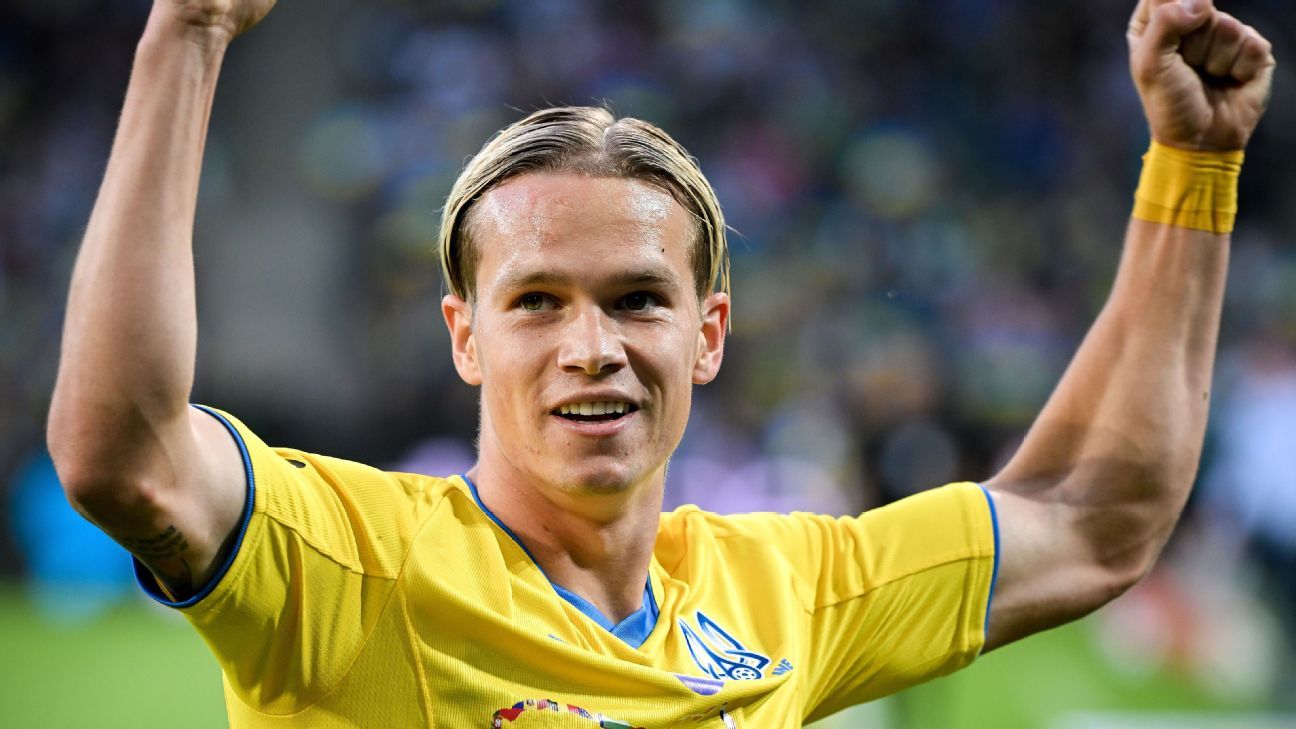 Arsenal and Shakhtar Donetsk are getting closer to reaching an agreement over a deal for Mykhailo Mudryk, reports Foot Mercato.

The 22-year-old winger has been a key target for Mikel Arteta’s side this January, and the latest indicates that positive progress has been made over a move worth in the region of €100 million.

Mudryk has also been linked with Chelsea, but after ESPN sources revealed on Monday that Graham Potter’s side are nearing a loan move for Atletico Madrid star Joao Felix, the Gunners appear to have stepped up their approach for the Ukraine international.

Talks are set to continue throughout the week as the two clubs finalise an agreement over the initial fee, as well as potential bonuses that will be included as part of the deal, with the north London club optimistic that they can get the move over the line.

– Chelsea are looking to add another attacker after edging closer to securing a deal to sign Joao Felix, reveals the Times. Marcus Thuram and Noni Madueke are reported to be on their shortlist as the club continue to add reinforcements to Graham Potter’s squad. Borussia Monchengladbach‘s Thuram, 25, has been identified as a potential option with the Blues looking to take advantage of his contract that expires in the summer, while 20-year-old Madueke is having an impressive season at PSV Eindhoven.

– Levi Colwill remains a part of Chelsea’s long-term plans, writes the Athletic. Recent speculation indicated that the acquisition of Benoit Badiashile could see the 19-year-old defender, currently on loan at Brighton & Hove Albion, cast out of first team opportunities, but the latest indicates that Potter won’t be looking to part ways with him on a permanent basis.

– A move for Alex Moreno looks set to be completed after Aston Villa stepped up their pursuit of the Real Betis left-back, according to Fabrizio Romano. It is reported that an agreement worth €14m has been agreed between the two clubs, while Unai Emery’s side have also been able to agree personal terms with the 29-year-old. The Premier League side will look to get his medical finalised this week.

– Wolverhampton Wanderers are interested in a loan move for Aaron Wan-Bissaka, reports Foot Mercato. The 25-year-old defender is understood to be keen to continue his career at Old Trafford after recently earning minutes in the starting team, but he would be interested in making the switch to Molineux until the end of the season.

– Nottingham Forest have launched an £18m approach for Palmeiras star Danilo, understands the Telegraph. The 21-year-old midfielder was previously on Steve Cooper’s radar in the summer, and after interest from Arsenal and Atletico Madrid has emerged, it looks as though Forest will act quickly to sign him ahead of the competition.